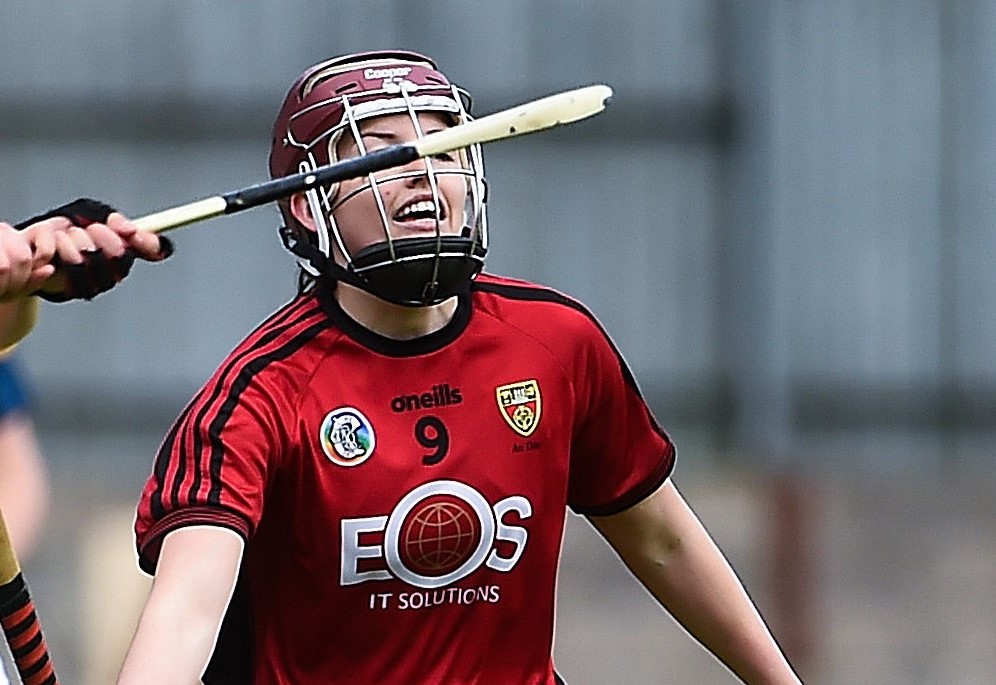 2 June 2019; Maeve Kelly of Antrim in action against Aoife Keown of Down during the Ulster Camogie Final match between Antrim and Down at St Tiernach's Park in Clones, Monaghan Photo by Oliver McVeigh/Sportsfile

IT’S been a big week for female sport in Ireland. The first big story came at the start of the week when the announcement came that women would receive the same expenses as the men.

I don’t think that importance of that news can be overstated. In one fell swoop the inequality that everyone was experiencing is now being addressed. There was no discussion about what revenue the two sports bring in. The matter was just dealt with. It is a big benchmark for a lot of sports across the world in terms of funding. The Camogie Association and the Ladies Association worked together to get this across the line. That is important.

It will help players focus on their training and preparation. It will allow players to keep improving. The games will become better and more attractive. If we can keep developing players then the game will be better. If that is improved then it will open a lot more doors.

The other news of great importance this week was the conclusion to the issue of camogie fixtures.

Last week I was conflicted. The Camogie Association released their two proposals for how the season was going to continue. One included the completion of the 2020 club season and the other didn’t. So I was conflicted. I have a vested interest in the club season being completed. So that was hard for me.

It was hard that players were made to decide whether the 2020 season was played. At the same time I don’t envy the Camogie Association. They were in a very difficult situation. Perhaps if they engaged more with the stakeholders then it would be easier for them to make decisions.

I don’t know why they went against the GAA and the LGFA. But I understand it was hard for them.

Perhaps the trouble started last year when they didn’t make a call on the 2020 season. It was always open-ended and up in the air. We were working off the assumption that we train away and that the matches were going ahead.

Then we went into lockdown, then the GAA announced their calendar but there was still no word from the Camogie Association about what they were going to do. When they did come out and it was against what the other two codes were doing. County players in particular were a bit annoyed as they were asked their opinion on how last year went. They said they were in favour of it. But it was made into an issue when it became club versus county. That was never the case. County players are club players.

When it was made out as a club versus county issue then it left county players in a predicament. They were being asked if they wanted to play county which was what they wanted. But then in my situation I was being asked if I wanted to play the 2020 club season. I have three Ulster medals but if I have a chance to get another one then I will take it with both hands.

So that was made more complicated than it needed to be. If they had been more open and engaging then it would have worked out better. But now it has left a bitter taste in some people’s mouth.

But I think going forward the inclusive season, with league and championship being run after each other, is the best option. It was good last year. It was good for players and it was good for managers, and county boards. Everyone benefited from it.

What we can learn from all this is the need for communication and transparency. At the end of the day everyone wants the same thing. Players want to be playing games, and every fan wants to be at games. Everyone has got the same end goal.

In a final note, I also wanted to express my condolences to my father’s first cousin Michael Carr. He passed away recently and I wanted to pass on my condolences to Kay and Shane, Fiona, Ruairi and Christy. He will be sorely missed by a lot of people.