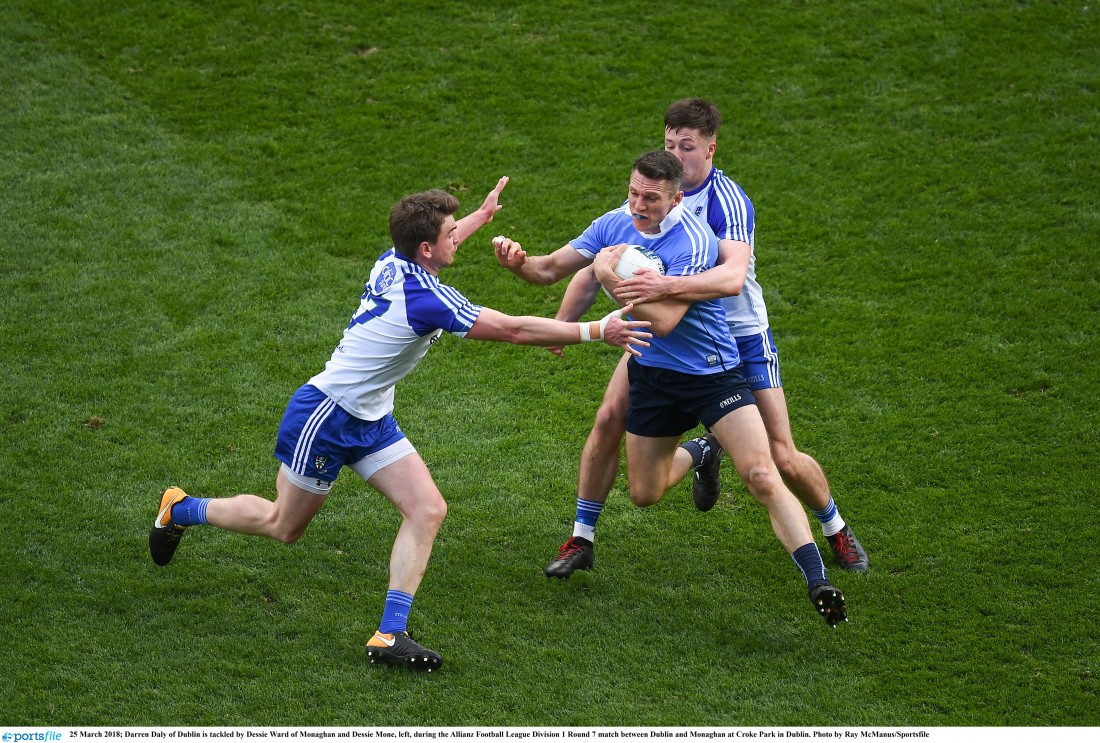 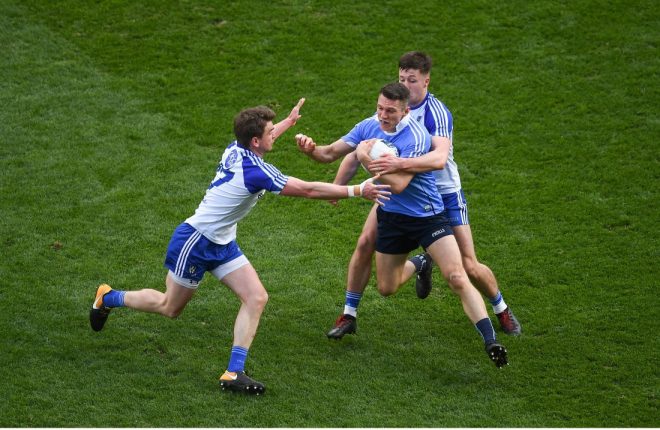 In his column in this week’s Gaelic Life John Morrison explains the building blocks of creating a successful team.

First he outlines the four ingredients of modern Gaelic Football which are; Position, Pressing, Passing and Scoring.

These four aspects contribute to every teams style of attcking football.

Morrison says that teams should play attacking football in two ways: ‘In possession out of position’ which relates to the Position ingredient of modern Gaelic Football.

The second attacking style is ‘Out of possession in position’ which relates to Pressing.

The two approached define what a team should do when in possession of the ball, and when they don’t have possession.

“The two systems of play I have outlined are designed to allow players anywhere on the field to work on closing down an opposing player. One of the four attack the ball and the other three cut off any passing channel, ensuring a tackle, an interception or at the very least precipitating an opponents mistake.”