Advertisement
HomeColumnistsKevin CassidyCASSIDY: McShane and Canavan made the difference
Advertisement 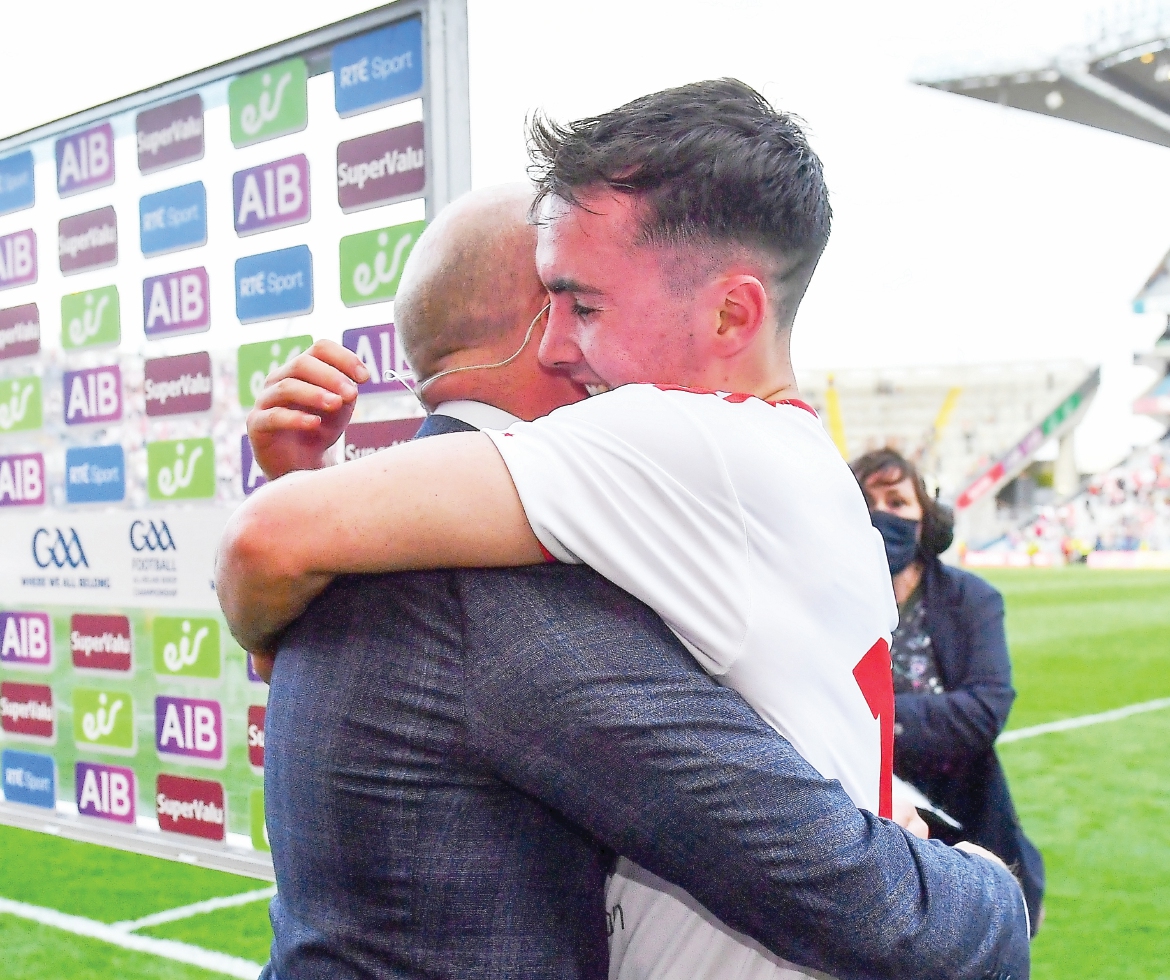 WELL, what can you say, they have only gone and done it. Full credit and massive congratulations to all of the Tyrone players, management and supporters on what was a truly remarkable achievement.

Although I did tip Tyrone to win last week, very few were of the same opinion as most thought this had to be Mayo’s year after their win over Dublin.

The teams seemed so evenly matched in all departments going into the game, and it really was difficult to decide how the game would go, but for me personally I just felt that Tyrone had too much power and more importantly intelligence to come off the bench.

As the game developed Brian Dooher and Feargal Logan timed their substitutions to perfection. Let’s put ourselves in the Mayo players’ shoes for a couple of seconds. You are having to deal with another All Ireland final and all the hype and expectations that come right with that. Perhaps you found it difficult to get a good night’s sleep the night before with all the excitement and nervous energy.

The game was then played at a hundred miles per hour, so when you get to the 40 or 50 minute mark, the legs, body and mind are starting to tire.

As you glance towards the sideline you see the man-mountain Cathal McShane and livewire Darragh Canavan about to enter the fray.

For me personally these two fellas put the final nail in the Mayo coffin with McShane’s awareness of his mismatch and the little flick to the net and Cannavan with his superhuman special awareness to slam on the breaks to allow McCurry the space to run in and palm the ball to the empty net.

That sort of stuff for me just can’t be coached you either have it or you don’t. Massive credit must be given to Feargal Logan and Brian Dooher and the Tyrone players because let’s not kid ourselves, they had serious question marks hanging over them heading into the championship.

I remember covering the Donegal versus Dublin league game down in Cavan on the same day that Kerry slaughtered Tyrone and as the scoreline filtered through, all the talk that day was about how Tyrone could only play with 15 behind the ball and the new system that Dooher and Logan were trying to implement would never work.

The management and players believed in the process and they got their just rewards last Saturday night and fair play to them. Mayo suffered another horrendous defeat on yet another All-Ireland final day so naturally there will be question marks hanging over them as they had more than enough chances to win the game but they simply could not take them.

Would Cillian O Connor have made a difference? Probably, but at this stage Mayo are going to have to look much deeper than one missing player. They will probably feel that this was their best chance to get the job done but they simply couldn’t match the intensity and hunger and smartness that Tyrone brought to the table.

What a first year for this new Tyrone management. As I said to a fella yesterday, ‘what happens when McShane is fully fit and Canavan has another year under his belt?’ and our conclusion was that they will be very hard to beat.

There is no doubt that the rest of the Ulster teams will receive a shot in the arm from Tyrone’s win as the likes of Donegal and Monaghan will feel that they are closer than they thought.

For now we must congratulate Tyrone and wish them all with the celebrations as the rest of us get knuckled down for the club championships. GAA is the gift that keeps on giving!!