Advertisement
HomeColumnistsKevin CassidyCassidy: It’s crazy that sport is being targeted this way
Advertisement 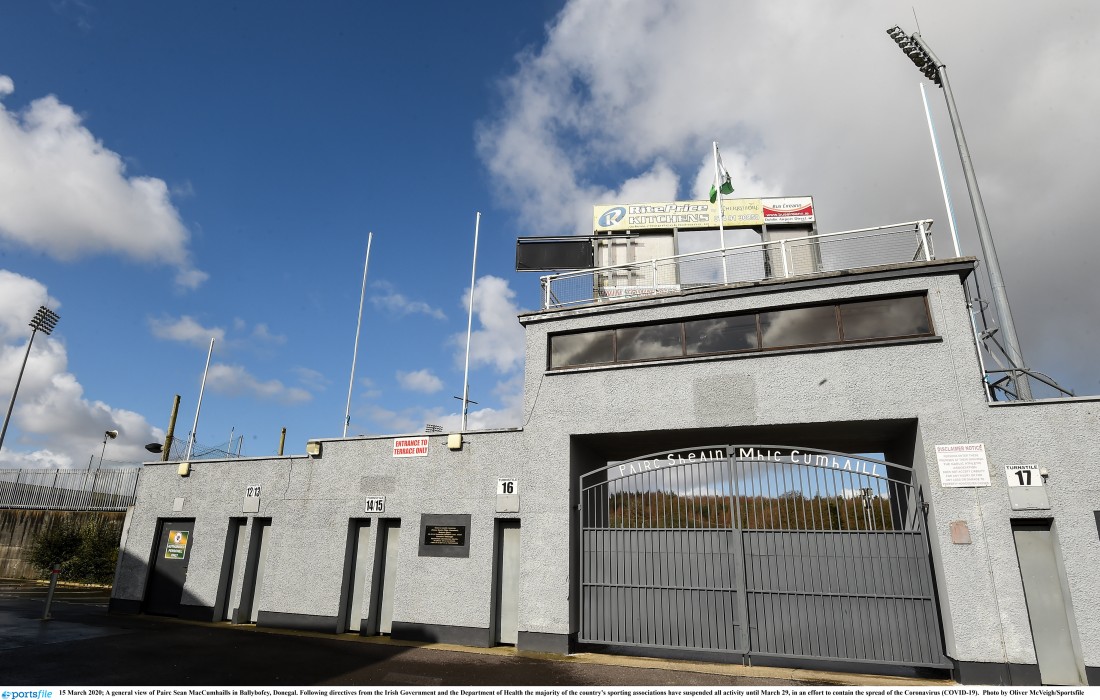 JUST as championships around the country are getting into the groove, we got more worrying news on Tuesday.

It was announced in the South that supporters will be no longer able to attend games. Naturally anger has swept the nation because as an organisation we felt that we went above and beyond what was asked.

Hopefully the club season will continue and we will get to play it out but it does look at this stage that the inter-county season is dead in the water.

We all understand the importance of playing our part to ensure that we do not go back into a full lockdown, but when you consider some of the actions that are still allowed it seems just crazy that sport is targeted in this way. Surely 100 or 200 supporters outside in open space would be safer than say 50 or 100 people in a restaurant indoors? The powers that be have made their decision and we will just have to live with it.

We play our last group game of the championship this Sunday and there will be an eerie feeling to say the least. Sport is nothing without the fans so I’m just not sure of how this is going to play out. Players and supporters will understandably be giving out about the lack of people in attendance but it goes much deeper than that.

Club finances will be crippled resulting in less activity for our younger generation in the weeks and months to come. County teams will also be affected as there will be no income to allow them to train at the levels of which they have been accustomed to. We will just have to wait and see how this plays out over the next few weeks but our sport is definitely going to take a hit.

This week here in Donegal thankfully we are still in action as we play the last league games of the group stages. The table is taking shape and all the big-hitters are still there or thereabouts. After this weekend‘s matches we will have a top eight who will make up the quarter-final pairings.

Our last group game is at home against Sean MacCumhaill’s and should we win then it will result in a home quarter final, which will be a massive advantage, so this week’s game becomes even more important. The so-called top four (Gaoth Dobhair, Naomh Conaill, St Eunan’s and Kilcar) have been kept apart so should this trend continue and they all make it through to the next stage we should be in for some tasty encounters down the line.

It’s hard to gauge where any team is at the minute because a lot of the games have been mis-matches so a lot of the teams, including ourselves, are still not sure of what gear we are in.

That’s the nature of club championship football. When the time comes you have to be able to turn it on. Thankfully we have a very little disruption with the virus since the championship started and hopefully that will continue until the season is over.

Like I said earlier, clubs players, managers and supporters have been doing everything asked of them to ensure that everyone is kept safe. All sports, not just the GAA, play a massive part in our communities and well-being of its members so it is imperative that we do all we can to assure that the games continue and that our supporters get to see them.

Hopefully this week Croke Park will put some pressure on the government to rethink their latest measures and maybe common sense will prevail.

During these difficult times we must also give great credit to each county board as more and more games become available to watch online. With the restriction on numbers in the North and now that no one can get to watch games in the South, it is very important that all of these games become available online to watch. We cannot underestimate the importance of that connection and we must do everything we can to ensure that this continues over the next few weeks until the championship is over.

Since the news broke here that no one will be allowed into this week’s games, it has been announced that all of the weekends club championship games here in Donegal will be streamed online so at least people will get to see their beloved clubs in action. The hope is that before we get to the quarter-finals stages supporters will be allowed in once again.