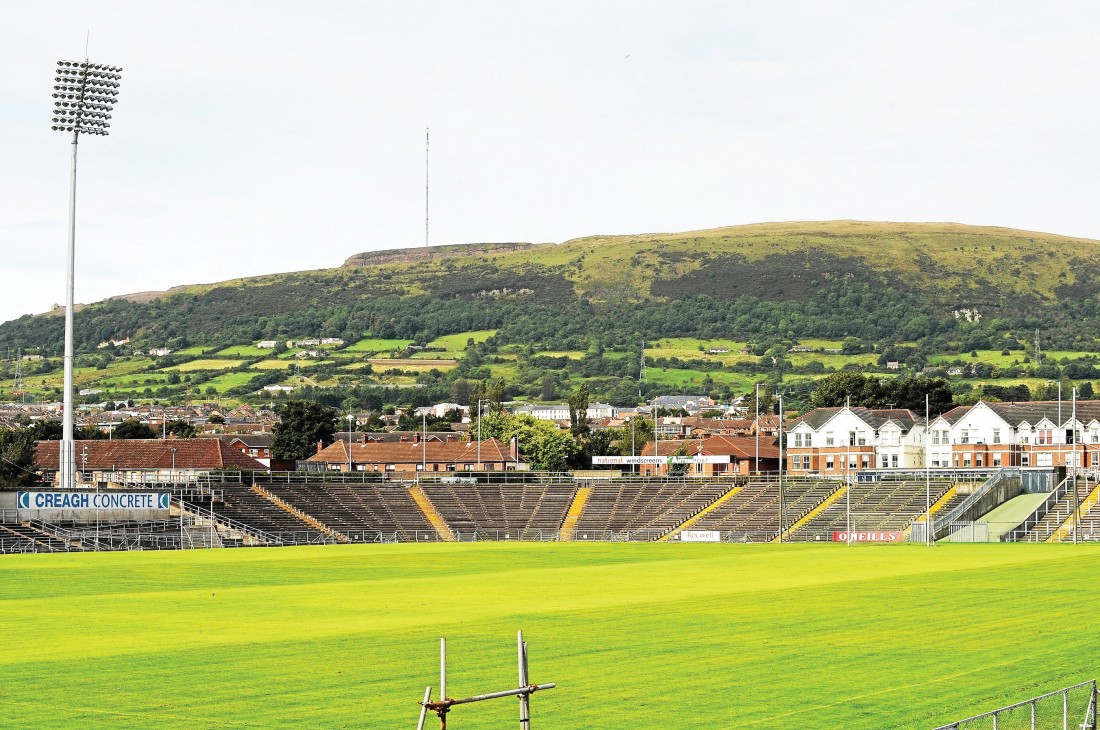 “If we winter this one out, we can summer anywhere”

JOE Biden became the 46th President of the United States last week in a relatively low-key affair on Capitol Hill in Washington D.C. Jennifer Lopez and Lady Gaga did make an appearance however along with Garth Brooks, who you could see was still reeling from his defeat at the hands of the Croke Park Residents Association.

Joseph R. Biden Junior is a huge fan of Irish poets; before leaving his home state in Delaware for his inauguration ceremony he commented that he quotes Irish poets not because he is Irish but because they are the best. He went on to quote Joyce, commenting that when he dies, Delaware (not Dublin) will be written on his heart.

Heaney, however, is Sleepy Joe’s favourite. I have heard the above quote from Heaney quoted on one too many occasion over that past number of months, and even for me, a lover of Heaney’s work, the quote is starting to wear thin. Faced with another month of lockdown and a wedding that has now to be rearranged for a sixth time, I don’t know about you, but I need something to look forward to. So going against Heaney’s advice, this week I intend to hope on this side of the grave and set out my GAA hopes for 2021:

The Armagh County Board came out with a very ambitious time-frame for the return to club action, proposing to finish out the 2020 season in mid-April/May with the 2021 league to commence in late May/June. Given the latest extension of the lockdown restrictions on both sides of the border to March 5, the likelihood of the totality of the intercounty leagues games being played by mid-April is zero.

The whole process must however remain fluid and I am hopeful that with the roll out of the vaccines coupled with the hard lockdown that we are currently enduring, it may pave the way for a complete club season where Ulster Championships at all grades and All-Ireland Club Competitions are contested. Having had the last two seasons interrupted by significant injuries, the thought of playing hurling and football with my club when the bumble bee is at the window is a major motivation during these dark mornings and rainy afternoons.

Thinking outside the box

Who would have thought that having two All-Ireland finals in the month of December would have worked? Two weeks of watching Liam and Sam being lifted, followed by a week with the Christmas dinner was certainly a novel way to spend December. It does show that the answer to the fixture crisis is out there and that radical thinking, albeit because such major changes having been thrust upon us by the pandemic, does exist and can provide a sustainable way forward. Further radical changes and the implementation of nuanced and fully considered GAA calendar could be one of the silver linings arising from this abysmal period of recent history.

Revival of the rural club

With the monumental shift in behaviours to working from home during the pandemic, employers and employees have found that you don’t always have to be in an office environment to be productive, and by eradicating two and-three-hour commutes, employees productivity levels have increased across all sectors. Having spent my working career to date in London, Dublin and Belfast, having the ability to work from home removes a three-hour commute every day to make training. Taking account of the need and importance of outside living space that the pandemic has reinforced, people now empowered by the freedom to work in homes outside of Dublin and Belfast, are leading urban to rural depopulation.

This wholesale change to our working lives can only be a good thing for rural towns and communities which remain the life blood of the GAA.

We have witnessed significant progress on the Casement Park stadium during the course of the last 12 months, from the re-commitment to the project as being a key priority within the New Decade, New Approach programme for government agreement back in January 2020, to the development with regard to the planning position announced by the Minster in November 2020. In addition the recent pronouncement by the Finance Minster and Shane O’Neill’s clubman, Conor Murphy has added to the reasons to be optimistic in relation to the future of the project. Antrim and Ulster need a home and work continues in earnest to deliver this project for the benefit of all the people in this part of the world.

The live streaming of club games

A friend of mine in Auckland, New Zealand tuned in at three in the morning to watch Middletown win back-to-back county hurling titles last year. He sent me a picture wearing his Middletown jersey beside the screen with a pack of freshly opened Fosters cans. Such live streaming of club games and airing club matches on TG4 has to continue going forward, think of the thrills and spills of the Tyrone County Championship in particular: the ecstasy and the heartbreak, and being able to watch it all unfold from the comfort of your own home. Truly good for the soul.

Forgetting about the nay-sayers that came out of the woodwork to berate the GAA after a number of isolated incidences at county final games, the GAA has been an exemplar of community togetherness and stepping up to the mark when all other aspects of life have failed.

The clubs within the GAA through their food delivery initiatives as well as checking in on elderly members and providing online activities to the youth, have ensured that in times of need, GAA clubs continue to rise to the occasion. It is this sense of community and volunteerism that continues to be a shining light in Irish life.

We may remain in the confines of our own homes at present, wintering it out but there are also reasons to be optimistic for the future and for the future of the GAA in Ulster and across Ireland.

Hope and history my not exactly be rhyming at this point of the year but like Joe from Delaware we press on and against Heaney’s sage advice, we continue to hope on this side of the grave.