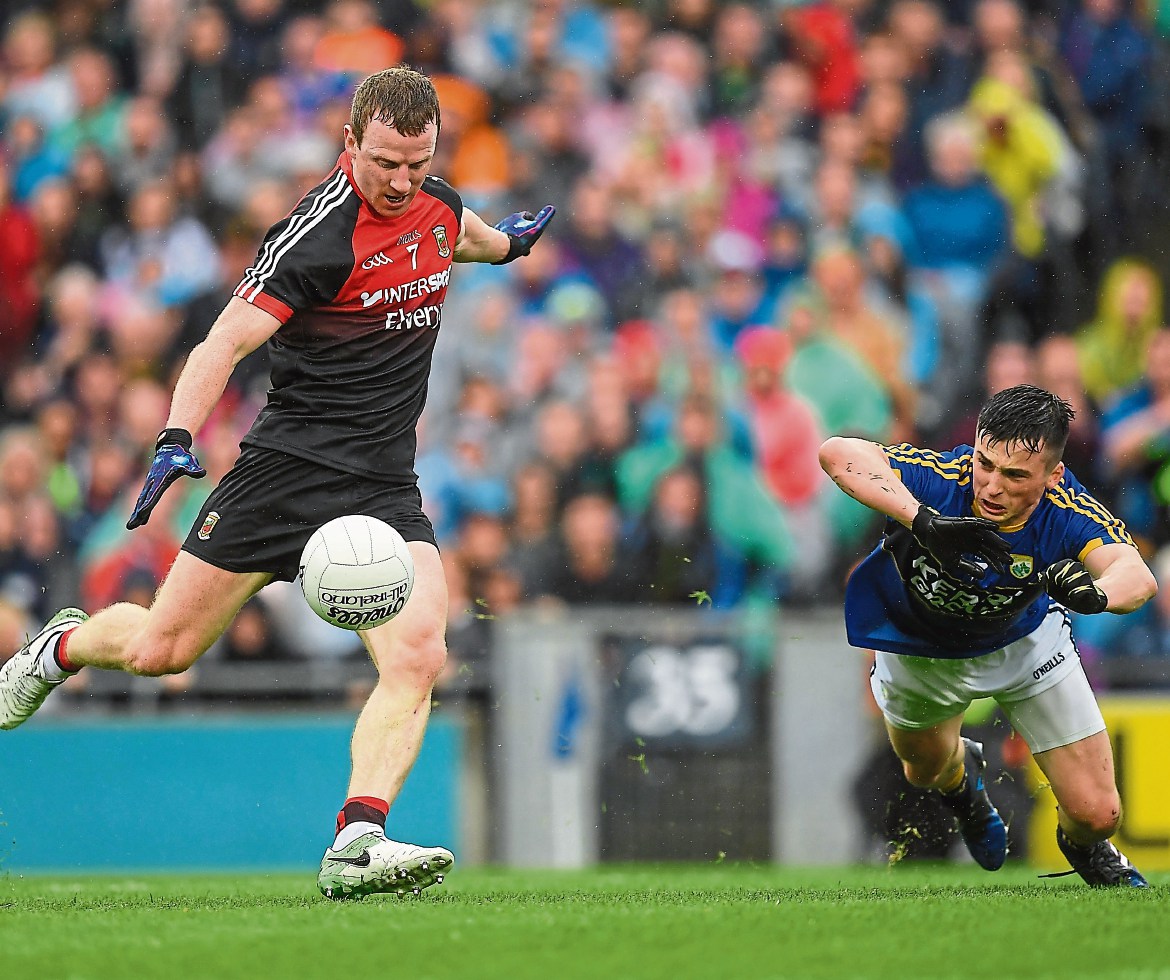 WARRIOR...Colm Boyle called it a day with Mayo

EARLIER this week and just in time for Christmas, my edition of Gary Murphy’s “The Life and Legacy of Charles J Haughey” arrived through the front door. Since then I have spent a considerable numbers of hours devouring the hard-back edition.

Haughey, though perhaps not a prominent historical figure in the lifetime of the millenniums or current generations y or z, was the dominant Irish politician of his generation as well as holding the less admirable title as one of its most controversial. Interestingly, in his early days Haughey shared the field in Croke Park with future Fianna Fail Taoiseach, Jack Lynch, who hurled for Cork on the same day a youthful Haughey lined out for the Dublin minor hurlers in a Leinster Minor final.

Haughey is best known in some quarters for his January 1980 speech which followed Ireland’s energy crisis wherein he proclaimed that: “As a community we are living away beyond our means.” At around the same time as the speech Allied Irish Bank was forgiving Haughey £400,000 of a £1,000,000.00 overdraft loan, Haughey asserted to the bank at the time that “he would make a very troublesome adversary.” Caught up in further political scandals in the early ‘90s, Haughey told then Progressive Democratic leader Desmond O’Malley that he intended to stand down shortly, but wanted to go at his own time of choosing. On January 30, 1992, Haughey resigned as the leader of Fianna Fail but remained as Taoiseach until February 11, 1992. In his final address to the Dail he quoted Othello, saying, “I have done the state some service, they know’t, no more than that.”

Haughey’s fall from grace and subsequent scandals while in retirement (the McCracken and Moriarty Tribunals and Terry Keane affair) further tarnished his legacy and reputation.

No show can go on forever as Rocky Balboa once proclaimed, “Father time is undefeated” but as we enter the damp and dark evenings, and as GAA teams are tentatively making plans and holding meetings regarding the upcoming 2022 season, there are many old stalwarts and elder statesmen within teams the length and breadth of the county that are considering whether they should head ‘once more into the breach, dear friends.’

This is a serious decision for any player, could I give it another year? Am I still good enough? What does the family think? Will the body hold up? Do I have the time? Do we have a good enough squad? Can we win it next year? I don’t want to miss out!

These are issues and problems being debated in households in every county in Ireland. Considering my own position, I am reminded of the words of an older business man that I stood beside at a recent funeral, as we exchanged pleasantries, he asked me if I knew what happened to the deceased? I confirmed that I believed it was cancer. My old acquaintance dismissed the notion, immediately stating that he died because he retired.

His philosophy was that if you don’t keep active and most importantly keep your mind active you lose it and your body and mind knows when it’s no longer required. He then declared that although he was in his mid-80s he would never retire.

This philosophy can be adopted in the world of business perhaps but not so in the world of sport, that being said the sentiment remains the same. If the pull of retirement, whether forced upon you or the decision has been made on your own terms, is too strong, the question of what next needs to be considered and addressed. We all need an outlet, an escape from the pressures and sometimes mundane nature of everyday life.

The GAA gives so many men and women up and down the country that escape, a chance to meet up with friends, to have a laugh, to exercise and to compete, the benefits of all those activities to our mental health are beyond measure. Any contemplations of retirement and turning off that outlet should be thought through in terms of what goes in its place.

A number of my own clubmates, following retirement, are giving back to the club through coaching and that does go some way to address the void left behind but as my recent senior coach lamented, ‘nothing beats crossing the white line’.

For the teammates that get left behind following a retirement, there is sometimes a posthumous realisation the talents or drive brought by the old stalwarts. So, if there is another year in some of the elder statesmen on your team, enjoy the leadership and camaraderie they bring as quite often the old warhorses in a team aren’t truly appreciated until they are put out to pasture.

Haughey had his time in the sun, and no matter how he is now remembered or how he was castigated following his fall from power, he was undeniably one of the most prominent historic figures of the Irish Republic, who went some way to bringing it from a parochial state on the eastern corner of Europe to a forward thinking, economic statelet that can hold its own on the world stage.

To all those elder statesmen and old dogs for the hard road that are contemplating retirement, make sure you have something else there to fill the void left behind and to the teammates of those giving it one more year, appreciate it them while they are there.

For all of us that have the honour of playing our ancient games, all you can hope for is that when that end does come, that those that played with you, much like Haughey, know that you have done them all some service.