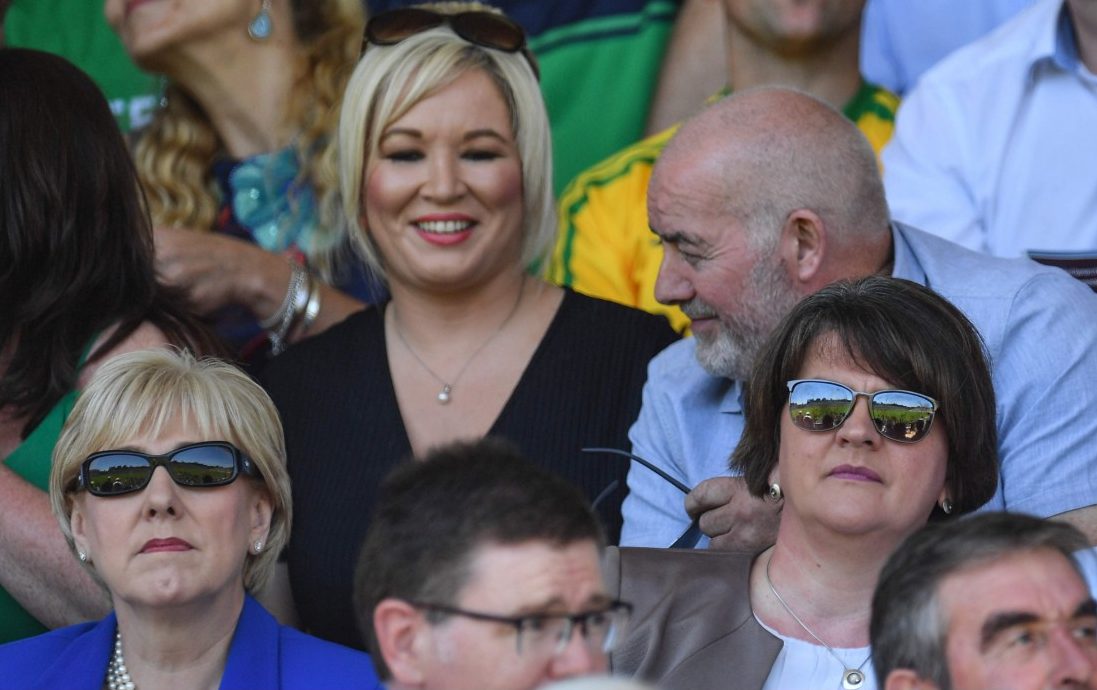 THE first page of the official guidebook of the GAA sets out its mission statement as follows:

“The overall result is the expression of a people’s preference for native ways as opposed to imported ones. Since she has no control over all the national territory, Ireland’s claim to nationhood is impaired. It would be still more impaired if she were to lose her language, if she failed to provide a decent livelihood for her people at home, or if she were to forsake her own games and customs in favour of the games and customs of another nation. If pride in the attributes of nationhood dies, something good and distinctive in our race dies with it. Each national quality that is lost makes us so much poorer as a Nation”.

Turn the page and under the heading ‘Basic Aims’ it states that: “The Association is a National Organisation which has as its basic aim the strengthening of the National Identity in a 32 County Ireland through the preservation and promotion of Gaelic Games and pastimes.”

I reminded myself of these paragraphs after seeing a picture of Ronan McNamee, the Tyrone All-Star full back, decked out in a full Tyrone training kit, while signing the election papers of West Tyrone parliamentary hopeful Orfhlaith Begley. In her tweet about the photo op, Ms Begley stated, “Delighted to have my nomination papers signed by Tyrone’s Ronan McNamee. An All-Star Gael for an All-Ireland Republic.”

Sinn Fein’s absenteeism policy always gives me pause for thought; yes, they usually quote Countess Markievicz when the question is posed, but I like to also consider the fact Daniel O’Connell’s hard fought campaign to overturn one of the Penal Laws granting Catholics the right to become MPs at Westminster.

Tyrone GAA got themselves in hot water in July of this year on their return from a game in Clones. Players were filmed singing a republican song as the team bus passed a band parade in Aughnacloy. The incident allowed creationist extremists within the DUP to attack the team and, by extension, the GAA. Mickey Harte, to his credit, came out afterwards and apologised for the incident to “Anyone who has been offended by the unacceptable behaviour of some of the panel on Saturday evening.” He continued, saying, “The matter is being dealt with in-house and we won’t be making any further comment.”

Earlier this year, in an interview with William Cawley on his Talkback programme on BBC Ulster, Joe Brolly expressed the opinion that the GAA should abandon its political neutrality and throw all its support behind a border poll. Jarlath Burns, potentially the next President of the Association, was quoted as saying that the aim of the GAA is to “strengthen national identity” and insisted “that doesn’t make us neutral on the issue of a border poll, it gives us a position.”

When I retired from the inter-county game, I myself made reference to someday entering politics but suggested that much like Macron in France, it was time for a new political party in Northern Ireland.

Under rule 1.11 of the GAA’s regulations, it references the fact that the Association shall be “non-party political,” and in order to abide by this rule and maintain a neutral stance, the GAA should direct its members and players accordingly.

There is precedent for such direction, when in 2015 the GAA denied David Gough the opportunity to wear a wristband in support of gay marriage. If Gough cannot make a political statement, then why should McNamee be permitted to insinuate that all of Tyrone GAA support one political candidate over another? I am not saying that as GAA players and members, you cannot express any opinion on political or social issues; my point is that if you do feel strongly enough about your political or social identity, do so as an individual and don’t attempt to speak for all GAA members. Antrim’s Paddy Cunningham did so when dressed in plain clothes while being pictured supporting team mate John Finucane.

Despite the apolitical stance taken by the GAA, it remains a fact that our Association and its members have been the subject of some of the worst examples of sectarianism and violence throughout the years of the troubles. Having grown up in a border town, just minutes from where Aidan McAnespie was shot in the back by the British Army, in an area where club members were continually harassed by the RUC and British forces, such facts of themselves should not be reason enough for why the community as a whole should conflate GAA membership with a particular predisposition towards a border poll or a united Ireland or indeed support for one candidate over another.

Instead of trying to advocate for the GAA discarding its non-political status, what members and the powers-that-be should be concentrating on is making the GAA more open and inclusive to all members of society.

I was a guest at the recent Ulster v Clermont Champions Cup game at Ravenhill and spoke to a number of die-hard Ulster supporters about the future of the game. I asked them if they would want their children playing the sport – the answer from all but one was a resounding no. They all cited the health risks as the main reason for their reluctance to push their kids to play.

Being faced with such a reality, it occurred to me that those families should be encouraged to send their kids to the local St Brigid’s GAA club on the Malone Road, or Bredagh GAC over at Cherryvale. The GAA should be a viable alternative for young boys and girls from a traditionally unionist background who want to play to contact sport but don’t want to put their lives on the line while doing so.

Prominent GAA players, donning inter-county gear while supporting political candidates, or high profile GAA members like Brolly and Burns advocating for a border poll, does not present a very welcoming picture to certain sections of society. I am under no illusions that some of you reading this will just-about-now be reaching for a dose of whataboutery…”ah but what-about Linfield, or sections of Northern Ireland soccer supporters? Hardly extending the olive branch to us members of the GAA?”

When faced with such an argument, I would simply say, the GAA and its members should hold themselves to a higher standard and should not benchmark their actions against the lowest common denominator in our society: such a stance only precipitates a perennial race to the bottom.

I was heartened recently to see Cushendall and Antrim hurler Neil McManus speaking to the kids at the non-selective Glengormley High School about the formation and cultural influences of the GAA; education of our sports and extending the hand of friendship should be hallmarks of the GAA and we should all strive to be more self-aware and progressive.

McNamee confirmed in a recent interview that he is a staunch Republican and I have no issue with that viewpoint, but having won an All-Star representing the people of Tyrone, he should not be trying to align all of Tyrone GAA with one side of the political divide.

Ironically, the biggest fear that Unionists have of a united Ireland is their concerns about losing their own identify. The same concerns around identity that are echoed in the GAA’s mission statement.

Keeping the GAA out of political arenas evidences a maturity and progressiveness that goes with being a grown-up and inclusive organisation, and instead of promoting a border polls, high-profile GAA players and members should be advocating for participation and inclusiveness, not uncertainty and opportunism. 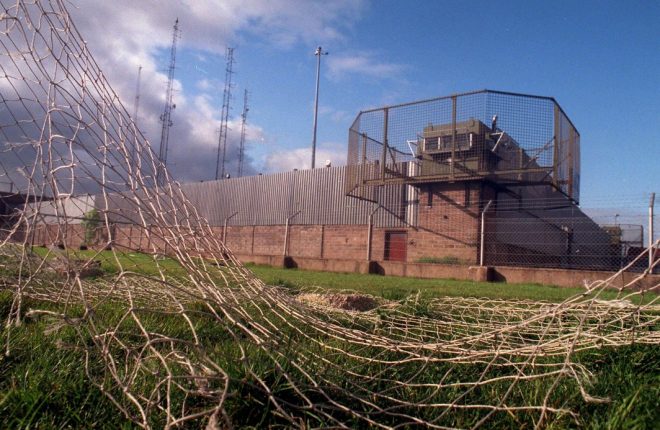 The GAA has suffered throughout the troubles, and it is frustrating that the DUP have apparently not moved on...