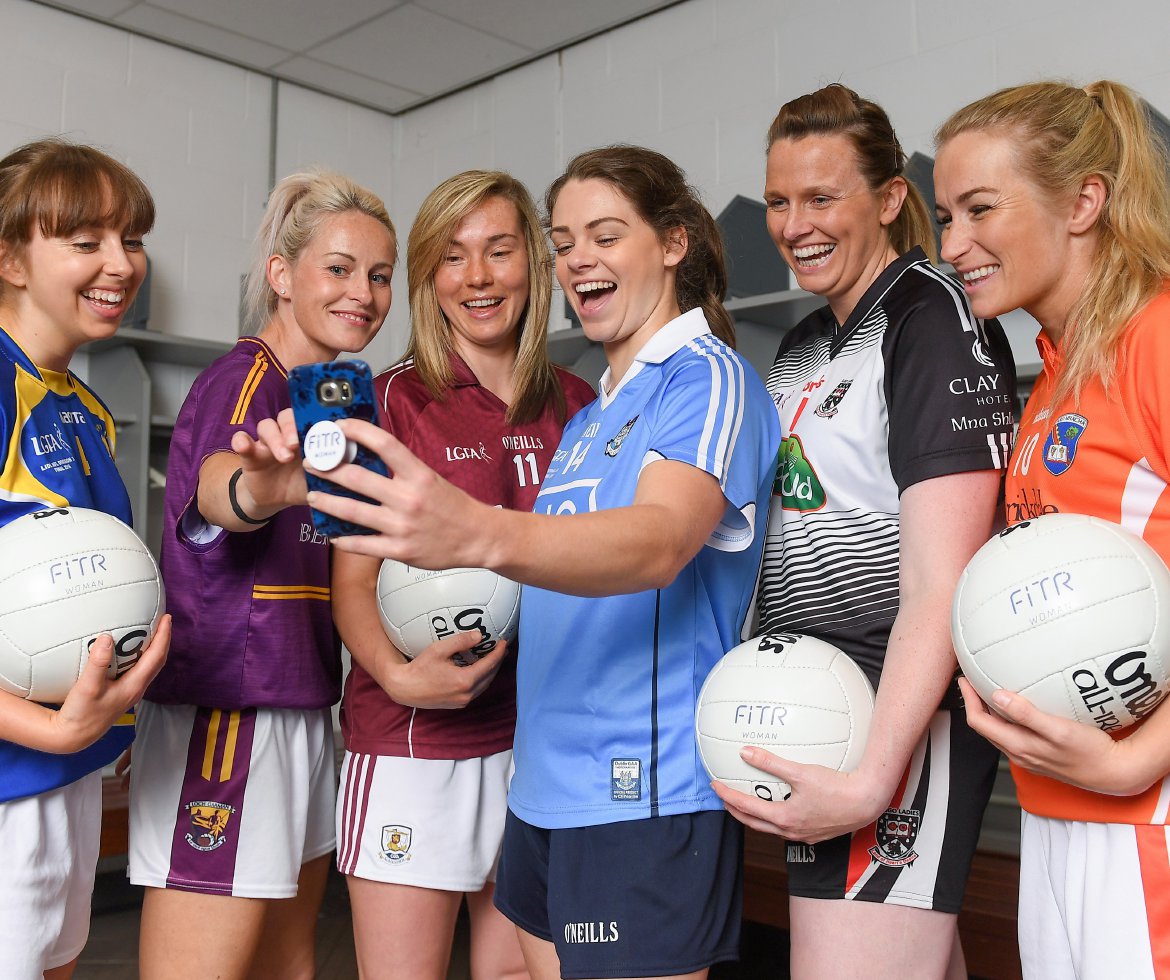 LEAD THE WAY...Ireland can be a front runner in showing the power of women’s sport, according to Cahal Carvill

UNLESS you have been hiding under a rock for the past 48 hours, you will know that Tuesday, March 8 2022 was International Women’s Day, a day when we celebrate the leadership and contributions of female colleagues, friends and family.

Social media posts (for the most part) evidence and celebrate what is great about the day, though they can also (surprisingly) be fraught with a lack of perception – seeing men speaking into a camera lauding the contribution of women to their business, is one such cringe-inducing example.

The award however for the most tone deaf post goes to the social media account of the New Zealand All Blacks. On the pitch the team is lauded for its leadership and example, however on this occasion the post highlighted an obtuse insensitivity and was rightly called out.

The post read, “Forever grateful to all the women in our lives that allow us to play the game we love. Partners, mothers, daughters, doctors, physios, referees, administrators and fans. Appreciate you every day *heart*” – it went on to include a number of pictures of players with family members, partners and children.

You might question what was wrong with that, well I’ll tell you. Back in 2018, winger Sevu Reece, who was pictured, pleaded guilty to assaulting his girlfriend. Scum half Aaron Smith was also included despite the fact he was suspended by the All Blacks for lying to management about an affair he was having.

If that wasn’t bad enough, there was no mention of the fact that the New Zealand women’s rugby team, the Black Ferns, are current World Champions and Olympic Sevens champions.

Former England Star and World Cup winner Kat Merchant responded to the post asking “Why is #International Women’s Day needed? This right here, Black Ferns are current world champions yet this post chose to ignore their existence and instead thank the women who ‘allow’ men to play.”

She does have a point.

“Allow you to play the game you love…. Goodness me. There’s so much wrong with this it’s almost as if it’s a parody account.”

I met Shirley’s teammate and current All-Ireland champion Katie Mullan at a Sport to Business event hosted by the Sports Institute of NI some years ago, this was before Katie became a household name after leading the Irish team to the World Cup final.

An astonishing athlete and accomplished speaker, Katie, now also an Olympian, talked about her Biomedical Engineering degree and furthering her career in that field (she now works for Axial 3D producing 3D anatomical models for surgeons.)

Katie also scored a goal for her club Eoghan Rua, Coleraine, during last weekend’s All-Ireland Club final victory. If anyone who has an interest in sport (male or female) is looking for an example of what a sporting icon should be, look no further.

I have written before about gender equality in the GAA, noting as recently as December 2020 that former Cork County Board chairwoman Tracey Kennedy said that “the GAA itself as an association leaves a lot to be desired when it comes to gender balance”

It is within this context that GPA put forward a motion to this year’s GAA Annual Congress asking the Association to prioritise integration with the governing bodies of the two female codes as well as equal treatment across the board.

Some 97 per cent of GPA members backed the motion, with the motion also being backed overwhelmingly by the GAA Congress this month, however, with 10 per cent of the delegates voting against the motion there remains work to be done.

Current football All-Star Conor Meyler has become an advocate for equality within the GAA, stating that, “We need a lot more men stepping up and starting to ask the question. Sport is a lens through which we can look at society, and society is moving forward with equality and the Gaelic games family is behind.”

“Even culturally within the GAA, because men are making decisions for men, that cycle has continued and it’s time that we looked to make a change there.”

These comments should be welcomed, noting that Ladies Gaelic football and camogie, both at intercounty and club level, are the fastest growing Gaelic games that we have.

In addition, the women’s games have become trail blazers and example setters. At intercounty level the tiered championship system allow for competitive and exciting games, where counties compete against their peers and aren’t routinely hammered and subjugated. The women’s games have also been at the forefront of progressive business initiatives and marketing strategies and have also made significant inroads in terms of grassroots social changes, with members speaking out on issues such domestic violence and LBGTQ rights.

Far from the GAA being wary of further integration, it should embrace it as the ideas and energy in the women’s games would, in my view, provide a welcome kick up the backside for the Association.

The momentum is building, with last year the Minister for State for Sport in Ireland confirmed that female Gaelic games players will receive the same amount of funding as their male counterparts, with the allocation for females being tripled while the male amount will remain the same.

The GAA is moving in the right direction but more needs to be done. To quote the famous Supreme Court Justice Ruth Bader Ginsberg, “Women belong in all places where decisions are being made. It shouldn’t be that women are the exception.” Thankfully the GAA and its members are waking up to this reality and all those who play Gaelic games will be better for it.

We as a country and an Association should be an example to the world in terms of how sport can reflect the progress of society. Progress that has been hard fought but is being made one day at a time, with more still to be done.

Perhaps the All Blacks themselves might even begin their own journey along the road to Damascus, with a true appreciation of what real equality looks like.