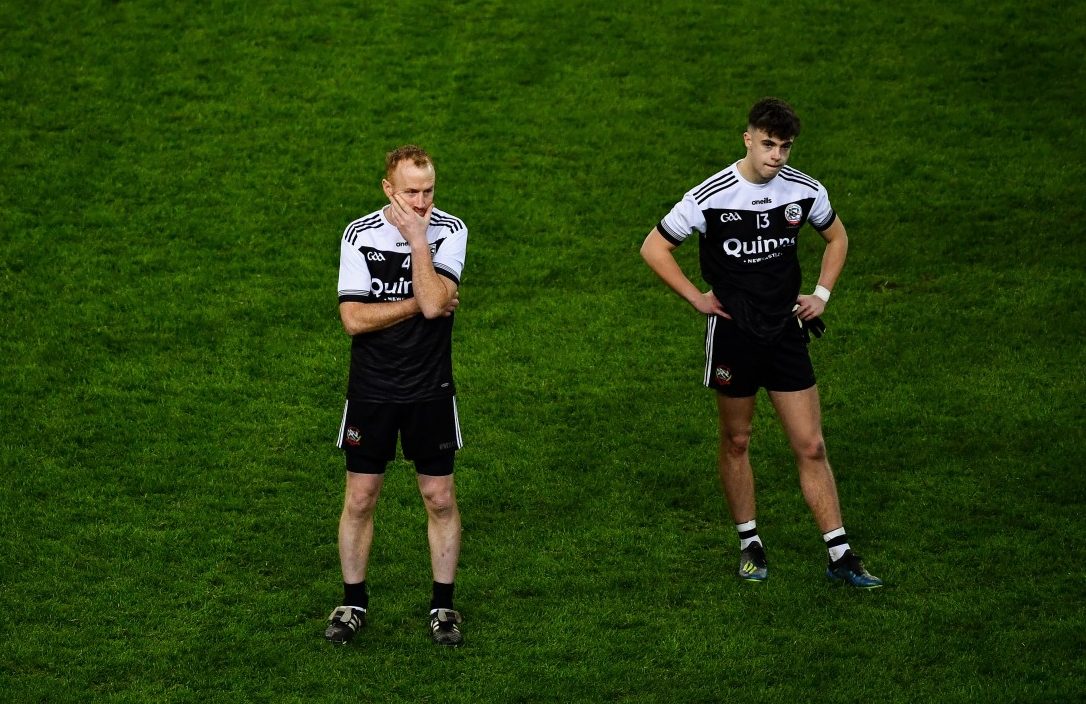 MATTHEW 5:5 – is the third verse of the Sermon on the Mount and is also the third of what are known as the Beatitudes: Blessed are the meek: for they shall inherit the earth.

For all the good in the New Testament, this is a passage I simply cannot abide and it is unlikely to feature heavily in any pre-match team-talks during this upcoming GAA season.

The concept of cynical play has been bandied about this week following the All-Ireland Club Football Final between Kilcoo and Corofin, the latter being a team that at one point it had been almost sacrilegious for any right-minded individual to ever attempt to criticise these high chiefs of club football. Make no bones about it: Corofin, just like any other successful team, have an acute mastery of our games’ dark arts.

Kilcoo, for all the eulogising about their run to the final, are no bastions of nobility. When it comes to cynicism, they will do or say whatever it takes to get the upper hand. Though some of the team may have been portrayed as harmless sheep farmers in the build up to the final, when it comes to Kilcoo football, they will do whatever it takes and cross any line in order to succeed.

The bull artists of the sporting world – the wellness coaches, mindfulness experts, etc – continually refer to those ‘one percents’, striving for greatness, being the best version of yourself; however, and particularly within the club game, where local rivalries are at their most acute. Often it is the lowest common dominator and being the worst version of ourselves which provides that elusive edge.

And to the good hurling folk out there, who may seek to appear from their ivory tower, it is not just the footballers that adopt a cynical approach to help them reach their ultimate goal. The greatest hurling club team of all time, Ballyhale Shamrocks, aren’t just fine hurlers – they also understand that they will be required to do whatever needs to be done in the pursuit of immortality.

Slaughtneil (no stranger to playing a cynical game themselves) were the recipients of Ballyhale’s mastery of the dark arts when Patrick Mullan came on to ‘mark’ Chrissy McKaigue at half time of their All-Ireland semi-final. Mullan proceeded to spend the next 35 minutes shouldering, tripping, and generally abusing McKaigue, who subsequently drifted out of the game.

Mullan, taking a break from his detail on McKaigue, did help himself to a point from play during a half which was dominated by the imposition of physicality. Cynicism dressed up as on-field problem solving – a master-stroke by the great Henry Shefflin. You do what you need to in order to succeed.

Joe Brolly, in his controversial Sean Cavanagh rant back in 2013, which ushered in the totally pointless black card, said that he wouldn’t go for a drink with Cavanagh and questioned his credentials as a man. In today’s cynical world of the GAA, if he were to adopt the same barometer of morals and objective fortitude, Joe would be having many a pint alone. Devilment, finding an edge, going to war, time-wasting, buying frees, feigning injury – in the era of succeed at all cost, these darker elements of our game are par-for-the-course. Sledging is now common-place. I know players who go out of their way to find out information about an opposing team and players: is the corner-back’s girlfriend playing away? Is the full-forward’s mother unwell? Has the midfielder’s brother a gambling problem? In this day and age, nothing is off limits.

“As a player, when you wake up in the morning and face into a game, your pride will make you want to go out and play the most beautiful football the game has ever seen and to win with all the style in the world. But inside, you know the truth. You know that you’re going to have to bend the rules if you want to be the champions.” This is a quote from Darragh O’Se back in 2012.

Anyone who has played with me or against me will know I am no shrinking violet when it comes to the tactical deployment of artistry that may have a deficiency of illumination (you can describe it how you want) – whatever it takes for townland and for parish.

Cynicism is now part and parcel of our games and has been for some time; the All-Ireland Club Football final was simply another reminder of the depth we are prepared to plunge when the stakes are as high, and no matter what rule changes are imposed, cynical play is never going to be eradicated. Win at all costs!

For those who want to take the moral high ground, contemplate the scene: your opposing number is bearing down on goal in an All-Ireland Club final and your team is up by two points. Do you take him out or let him proceed to crush your dreams and those of your friends, family and community? A loaded question it may be, but the answer will also be the same – no moral high grounds need apply.

Is this the example of our games deteriorating through an imperceptible erosion of standards, or is it inevitable in the modern era beset by an absence of morality when success is all that ultimately matters? In the end, cynicism in Gaelic games is not as much a reflection of the games themselves, but as the people who play them. According to the New Testament, the meek might one day inherit the earth, but you can be sure that they won’t be climbing the steps of the Hogan anytime soon.