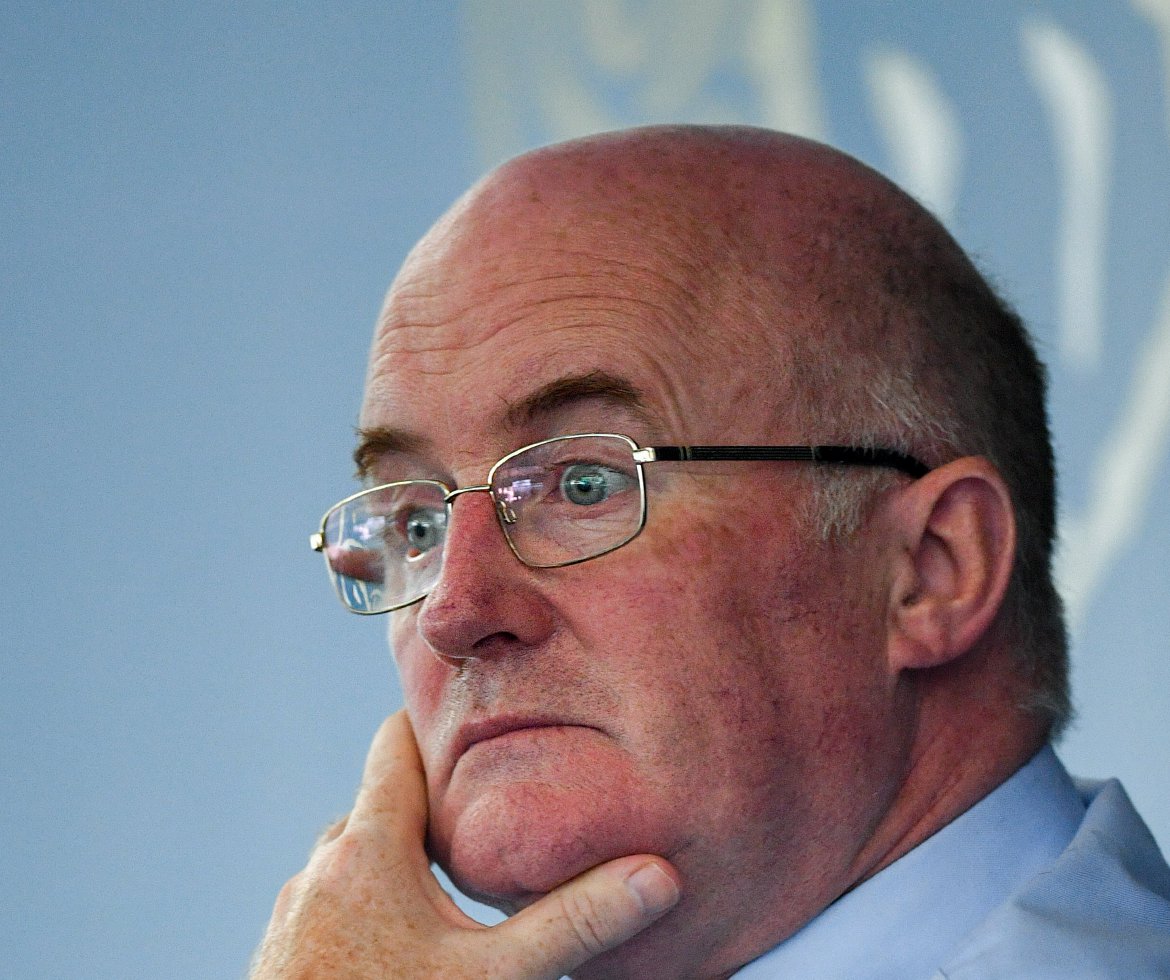 PROTECTION...Former GAA President John Horan called for the LGBTQ community to be protected by the GAA

BORIS Johnson stated on April 6, 2022 that he did not believe transgender women should compete in female sporting events. A view he conceded may be ‘controversial’. This is a hot button topic in today’s ‘woke’ society, and is cultivated as part of the culture wars espoused by the Trumpian, Johnsonian right wing agendas of division.

Despite the dog whistle nature of the issue, it is hard to ignore that the issue of biological males competing in female sports is going to continue to create significant controversy in both amateur and professional sports in the years to come.

The recent viral picture of the 6’1” trans swimmer Lia Thomas standing on a podium next to the second, third and fourth-placed female athletes, caused outrage on social media. Lia was the first openly transgender athlete to win America’s top trophy in university sport, powering home a second and-a-half ahead of Olympian Emma Weyant at the National Collegiate Athletic Association Women’s Championship in Atlanta.

Closer to home transgender cyclist Emily Bridges, a former national junior men’s record holder, was recently ruled ineligible to compete in her first elite women’s race by cycling’s world governing body the UCI. Ahead of the UCI decision, a letter signed by a group of female cyclists, which included Olympians, scientists and researchers, called on the UCI to rescind its rules around transgender participation and testosterone levels, and to implement eligibility criteria for women “based on female biological characteristics”, noting that lower testosterone levels “cannot sufficiently mitigate all male sport advantage”.

In terms of Bridges’ last racing events as a male, she finished 43rd out of 45 riders in the elite men’s criterium at the Loughborough Cycling Festival, and in September she was second to last in the Welsh National Championship road race.

Following the decision by the UCI, British Cycling came out and stated that: “We also understand that, in elite sports, the concept of fairness is essential. Transgender and non-binary inclusion is bigger than on race and one athlete – it is a challenge for all elite sports.”

Across other sports the recent International Olympic Committee updated their guidance in November 2021 and said there should be no assumption that transgender athletes automatically have an unfair advantage in female events.

World Rugby has however banned trans women from playing at elite level, while the RFU, who are understood to be reviewing their guidelines, also have testosterone-based conditions.

The Sports Councils Equality Group (SCEG), which includes Sport Northern Ireland, controversially concluded that: “for many sports, the inclusion of transgender people, fairness and safety cannot co-exist in a single competitive model”. The guidance covers community sport, such as the GAA, up to national level – not international, professional or elite sport. The report also went on to say that it recognised that no one solution suits everyone and that there needed to be guidance recognising the need for different solutions for different sports.

Transgender Charities such as Stonewall, an entity which itself has proved controversial due to recent investigations into its lobbying, reacted to the report by stating: “it is extremely harmful for this guidance to suggest that there is an inherent conflict between inclusion, fairness and safety, when in reality, the tree go hand in hand”. It goes on to to say that: “Amidst the manufactured moral panic around trans people, it is important that governing bodies’ policies are based on solid evidence about the reality of sport and inclusion.”

Dr Nicola William from Fair Play for Women commended the SCEG stating that: “this comprehensive review confirmed what we all know: sex matters in sport. That is why we have always needed a separate protection category for females and still do.”

The report in conclusion suggested that for those sports where safety and or fairness could be compromised, the individual sports could create an ‘open’ or ‘universal’ category separate to male and female.

Back in 2019 GAA President, John Horan, said in his address to Congress that protection and respect for members of the LGBTQ community involved in Gaelic Games should be a priority for the Association, and since then the GAA has strived to live up to those words by establishing a Gender Diversity Working Group.

In 2020 history was made when the first ever LGBTQ+ club Na Gaeil Aeracha (The Rainbow Gaels) was registered in Dublin. The team is however a social team which does not compete competitively and although these advances are to be welcomed, the thorny issue around transgender women playing in competitive female GAA games is one that has not yet been grappled with by the GAA. The GAA child/youth application form does require confirmation of gender and its Code of Conduct does reference bisexual or transgender (LBGT) children, though it does not reference whether trans children or transgender females can play female sports.

The GAA Inclusion policy refers to “ensur[ing] that all people irrespective of their age, gender, ability, disability, race, religion, ethnic, origin, creed, colour, nationality, social status or sexual orientation have a genuine and equal opportunity to participate in Gaelic Games at all levels and in all roles.” and under the headings ‘Responsibly’ it states that, “all those acting on behalf of the association to adhere to this policy. In pursuance of this policy the Club Executive Committee reserve the right to discipline any of its members or employees who practice any form of discrimination on the grounds of a person’s age, gender, ability, race, religion ethic origin, creed, nationality, social status or sexual orientation.”

So if a club member refuses to allow a transgender female to participate in female Gaelic games would the club committee have to discipline that member? The Diversity and Inclusion in the GAA document does refer to the Transgender Equality Network Ireland website and provides a link, but again it does not set out the GAA’s position. A question around the participation of transgender females in female Gaelic games has been posed to Geraldine McTavish the GAA’s National Diversity & Inclusion Office noting that a response is awaited.

The topic remains highly controversial and is likely that the powers that be within the GAA don’t want to openly address the issue or scenario until it absolutely has to and that day is coming and it is coming soon.

The various reports completed by the SCEG have provided the basis for a way forward but I think it is time that the GAA came out and provided clear guidance on the issue for all involved, primarily those who have or are thinking about transitioning and want to still play Gaelic games and those female athletes that compete at present and want to continue to do so on a fair basis. Providing clear and transparent parameters will steer the GAA away from becoming involved in dog whistle controversy and will provide the necessary guidance for all involved.

Addressing the issue now as opposed to awaiting for a crisis to engulf the Association must be the order of the day.

The GAA can provide leadership in this arena, continuing its inclusive mantra and avoiding accusations of being mercurial in today’s world of Trumpian and Johnsonian rhetoric.