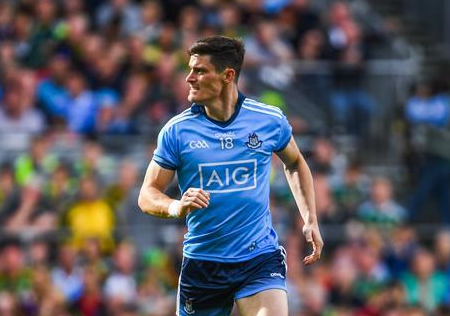 IN ten days’ time, history will have been created, either Dublin will be hailed as the greatest football team of all time, or the upstarts from Kerry, will be basking in the adulation that goes along with knocking the current kings of the size 5 off their perch.

One of the keys to success in both the Kerry and Dublin teams is that they have created a culture conducive to achieving success. The culture within this Dublin team over the past five years has been one of the bedrocks of its unprecedented achievements, driven by the current older generation of players like Brogan, Cluxton and MDMA.

Though they unquestionably have the resources available to them that others may not, resources themselves do not automatically give rise to success. This current Dublin squad expect nothing less than excellence of themselves and of their team-mates – one constant that has propelled this team to the cusp of history.

Culture within our own teams, whether in business or on the sporting field, is sometimes nothing more than an unwritten set of rules, a commitment to each other or quite simply “the way we do things” around here. Anyone from Crossmaglen, Slaughtneil or Ballyhale will tell you that and they don’t need a Tim Robbins $60,000,000 dollar a weekend retreat to know what it takes to be successful.

A toxic culture on the other hand can rip out the very core of a team, frustrating any dreams of accomplishment.

For those of you who want a close up view of how to create culture within a team environment along with the perils that go along with letting a negative culture to fester, the Netflix Series QB1 – Beyond The Lights provides a David Attenborough-equse insight in to the workings of High School American Football at the elite level.

The series follows three star Quarterbacks who are charged at 16 and 17 years of age with leading teams that carry the hopes of thousands within their respective communities.

The superstar of the show is the 17-year-old, five-star quarterback Spencer Rattler, whose ego could rival only that of John Delaney’s. How he acts within the his team environment, notwithstanding his obvious abilities, ultimately leads to the downfall of the team as he is ruled ineligible to play at the end of the season following an underage drinking violation.

The contrary point to Spencer Rattler is Nik Scalzo, who although not short on confidence himself, gets injured bringing his team to the state championship. However, despite his injury and given the team culture created throughout the season, without him his high school still go on to “win State” with his replacement staring in the final for his Cardinal Gibbons team.

Joe Brolly referred recently to an encounter he had with Paul Mannion some years back when Mannion was asked by a Mayo supporter how many All-Ireland medals he had won. At the time Mannion replied “only two” at which point he was reprimanded by Cian O’Sullivan, who was unhappy with him for belittling the achievement; standards whether on or off the field are to be maintained.

This bullet proof culture within the Dublin team will no doubt have been challenged in these past few days, and although I have spoken about the importance of Dairmud Connolly to the team previously, his introduction during the championship rounds of last week’s thriller will no doubt be festering within the team this week.

Though Jim Gavin may dispel any hint of disquiet, on a human level if I was Bernard Brogan or Eoghan O’Gara, you couldn’t help but feel some resentment given the effort both have put in during the course of the year only to see Connolly take their place on the 26-man panel due to an error on his visa application.

Creating the right culture within any team can take time, sometimes years to establish but even the most enduring cultures can be eradicated within moments. The introduction of Connolly on Sunday, despite what may be said in Dublin, takes a pickaxe to the previously unwavering culture created under Jim Gavin.

Along with the impending retirements to come from this Dublin team within the next 10 days, that wining mentality and standards will be further eroded. No team last forever and time is undefeated and this small example of an erosion of culture in 10 days’ time may be a contributing factor to Dublin failing to achieve mortality.