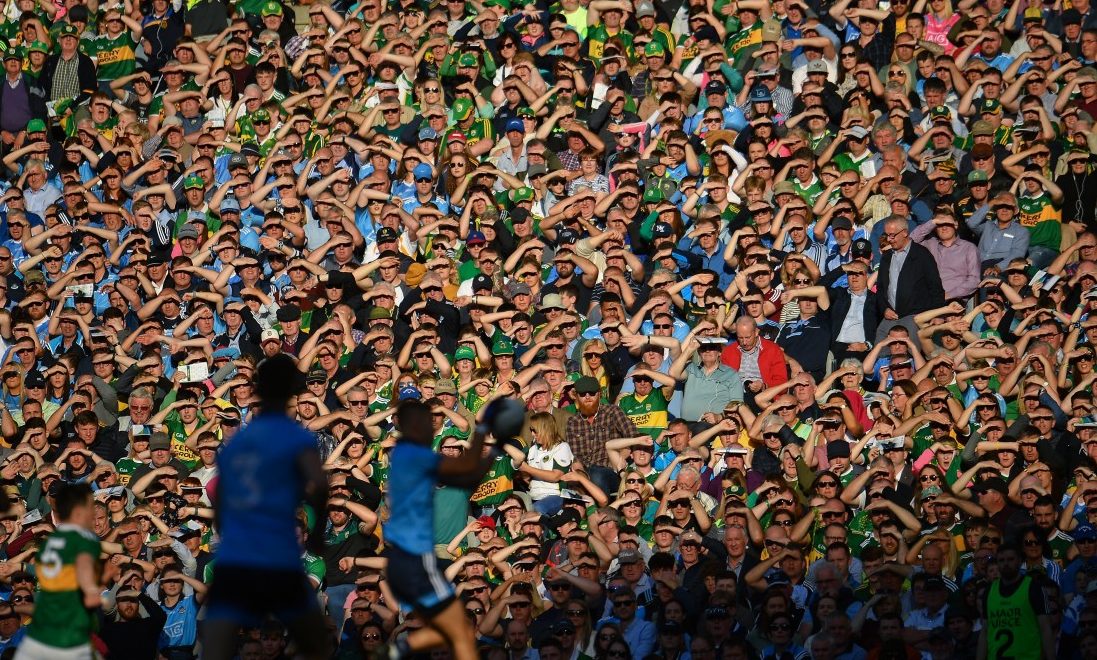 IN Greek Mythology, Icarus, son of Daedalus, attempted to escape from Crete on wings his father constructed from feathers and wax.

Icarus was warned against complacency and hubris, being compelled by his father to never fly too low or too high, “the sea’s dampness will clog your wings and the sun’s heat will melt them”, Icarus, ignoring his father’s warnings, flies towards the sun, where his wings melt and he tumbles from the sky to his death at sea.

Back in 2017 Brian Fenton, the much vaunted Dublin midfielder made the point that the GAA is “not short of money”, echoing the mantra of the “pay for play” murmurings coming from sections of the GAA – with some advocates pointing to the current system of “sham-amateurism” and the fact that the only people not getting paid are the players.

Unlike Icarus we should heed the warnings and experiences of other sports. Be under no illusions, a move to professionalism would signal the beginning of the end for the GAA, an Association that would eventually be overcome by waves of greed, individualism and selfishness.

Professional sport by its nature does not lend itself to creating wellrounded, selfaware individuals. Its ruthlessness and focus on the individual is not something we should be advocating for the youth of today.

Gareth Bale, the superstar Welsh footballer, was asked at a recent Real Madrid press conference who was the current Prime Minister of the UK – unbelievably he didn’t know the answer. In less humorous circumstances, Michael Vick, the phenom quarter back out of Virginia Tech, who was the first draft pick in 2001, pleaded guilty in 2007 to being involvement in a dog-fighting ring and spent 21 months in
federal prison. Both men are the products of professionalism in sport.

The financial incentives for players of a move towards a professional games appear to be simply short term, according to a 2009 Sport Illustrated article, 78% of NFL players were either bankrupt or under financial stress within two years of retirement and an estimated 60% of NBA players go bankrupt within five years of leaving the sport.

These statistics arise in sports where millions of pounds a season are accumulated from lucrative TV and commercial deals. How much could we pay our professional inter-county players? The closest comparison in Ireland when considering whether the GAA could sustain a professional intercounty scene is to look at rugby.

Four professional provincial teams which continue to be bankrolled by monies generated from the international game.

To give some idea of the numbers involved in creating professional GAA teams drawn along current inter-county lines, it would mean upwards of 65 teams having to be established.

Each team consisting of 30 players on a panel, that’s 1,950 professional players, coupled with each county having a backroom team of five, giving a total of 2,275 professionals to be paid through the system.

These employee payments would be in addition to the expenses associated with running teams, which I have placed conservatively at £250,000 per annum. So on the basis that each inter-county player and member of the backroom team are to receive £20,000 per annum in wages, that would mean the total cost of running all of the football and hurling inter-county teams for one season would be up to
£62,750,000.

Quite the price tag.

Even in sports mad Australia which has a population of over four times that of the island of Ireland, it has 18 professional AFL teams, noting that the AFL recently signed a $2.5 billion dollar TV deal covering the 2017 – 2022 seasons.

The maths behind a fully professional GAA inter-county scene simply does not add up.

It should also be remembered that if inter-county teams were to go fully professional, employment law would apply, as each player would become an employee of the team/county board, with PAYEE, pension contributions etc. applying.

Players could also easily ‘move jobs’ by playing for other inter-county teams which would make a farce out of the current inter-county system.

A committee appointed by former GAA president Aogan O Fearghail considered what the GAA may look like in 2034, and within their report the issue of pay-forplay was considered, noting that by 2034 on the 150th anniversary of the GAA, “a defined and agreed allowance” was recommended, “recognising the time and effort contributed by senior inter-county players and their respective managers”.

The murmurings are becoming louder.

In addition to Brian Fenton, current Wexford hurler Rory O’Connor in a recent interview at the opening of the Physio Led Personal Training Centre at Sports Physio Ireland commented that, “I’d say, when I’m retiring, there’ll be lads starting off and they’ll be on a wage, that’s the way I think it’s going, anyway.”

Professionalism in the GAA would give further credence to the win at all costs mentality which encourages players and managers to go to extreme lengths in the pursuit of those “marginal gains”. The list of professional sports dogged by performance enhancing drugs, borne out of financial pressures, continues to grow by the day, can you really take cycling, athletics, boxing, MMA or rugby seriously
these days?

Look at South Africa’s star player Aphiwe Dyantyi who came from nowhere to win World Rugby Breakthrough Player of the Year last year, scoring six tries in 13 appearance for the Springboks. Ahead of the Rugby World Cup, Dyantyi failed a drugs test and is now facing a two-year ban from the sport.

Any move to create fully professional GAA teams in Ireland would signal the slow death of the Association and the disintegration of the one remaining pillars of life in Ireland.

We must not stand idly by while the clamour and shift towards professionalism gathers pace. Stemming the tide requires a radical overhaul of the current “shamamateurism” system, where managers, backroom teams are receiving substantial brown envelopes under the table.

The recent Mazars report in to the finances of Galway GAA (which was only commissioned following significant pressure applied by Galway’s sponsors) highlighted 17 high risk findings surrounding the management of finances within the county, issues around credit card management, ticketing and gate receipts, the signing of blank cheques etc. were all flagged.

I appreciate that the continuing calls in some quarters for a pay-forplay model results from the increased levels of commitments being demanded of players by paid inter-county managers, but that’s where the first step in an immediate, and badly needed overhaul starts.

In 2017 the previous Director General Paraic Duffy called for a transparent and vouched expenses system, an idea which was basically moth-balled by the Association – far more pressing issues to deal with such as the offensive mark! We should be focused on returning to the bedrocks of the Association being participation and volunteerism.

Icarus, through his hubris, edged closer to the sun, unaware of the fate that was about to befall him and as more demands are put on players at inter-county and club level, the murmurings around pay-for-play will become louder.

If the GAA doesn’t act now to bring in a major overhaul of paid managers and how finances are distributed within our game, the Association will sleep walk in to a professional era and soon we will become just another corporate sporting entity paying lip service to its members, where a handful of players take part in elitist games driven solely by the bottom line.

Read part two in a fortnight.