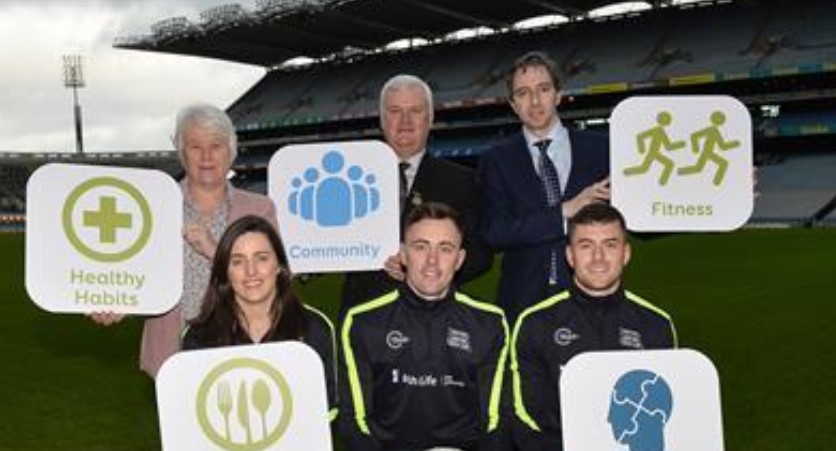 THE concept of fight or flight was first proffered by the American physiologist, Walter Bradford Cannon, in his book, ‘The Wisdom of the Body’, first published in 1932.

The fight or flight response relates to the physiological reaction that occurs in response to a perceived harmful event, attack or threat to survival. It is an unfortunate reality that this concept is something that I encountered during my daily commute along the footpaths of the Ormeau Road.

The lower Ormeau Road dissects one of the main thoroughfares of the much vaunted and maligned Holylands area of South Belfast. GAA jerseys are plentiful and for the most part, the area of Belfast is representative of the carefree and the freedom of youth.

Last Tuesday morning, when passing the Holylands area, I noticed a young man stumbling along the footpath, balancing himself precariously on unsteady legs as rush hour traffic sped by. I should say that it is not uncommon to see a young man returning home in the early hours of the morning but this was different; the young man in question had only one sock on, he was wearing a pair of boxers and a ripped
t-shirt. At this point, it had begun to teem down with rain.

The young man stumbled towards the road and the traffic, so I went to help him back to the footpath. When I got him to safety, I asked him where he was going.

His response was muffled and his eyes completely glazed over, like a scene from The Walking Dead. I tried again – without success – to get some sense out of him. It was at this point that he started to become aggressive towards me and it was then that Cannon’s response emerged – reluctantly, I gave up my attempt to help him and continued on my way.

Unfortunately, I have passed the same glassed-look amongst the unfortunate homeless that can be found on Castle Street or at the back of Fountain Street. The drug responsible is known as ‘Spice’ or some theistic version that allows it to be legalised.

It is ruining the lives of so many young people, in addition to the widespread use of ‘recreational drugs’ within modern Ireland. This problem cannot be limited to just the cities, as the reality is that if you go in to any rural town or village any weekend and you can be guaranteed that illegal drugs are being
consumed.

Crossmaglen is seen as one of the bastions of Gaelic Football, the most successful club football side of all time. Under this façade, however, lies an area of county Armagh that has a serious drug problem.

There can be no denying it that these days, a huge number of young GAA players are misusing recreational drugs such as cocaine, ecstasy or MDMA on a regular basis.

Do not be under any illusion that the scourge of drugs has not reached your town, village or club because you are wrong: a drugs epidemic is unfolding in this country before our eyes. The widespread use and abuse of recreational drugs has reached levels never been seen before on our shores.

In a 2017 report, the EU Drugs Agency found that Ireland is amongst the top four countries for cocaine consumption in Europe, and reported a fourfold rise in the amount of ecstasy being consumed.

A European Monitoring Centre for Drugs and Drug Addiction Report in 2019 found that in excess of THREE out of every 10 persons between the ages of 15-64 years reported using illicit drugs at some point during their lifetime.

The PSNI website currently lists the most common drugs encountered on the streets of Northern Ireland as, Cannabis, Cocaine, Amphetamine, Heroin, MDMA and Mephredrone, with the latest health service figures showing more than 4,300 people were referred to addiction services across Northern Ireland last year.

Despite the uncomfortable truth, no one appears to be actually talking openly about the issue. There has been much discussion about mental health in the wake of a number of tragic suicides happening in the Holylands since the start of term, but as part of that conversation there needs to be a serious discussion about the harrowing realities of widespread drug use amongst the youth of today.

Pomeroy is a rural village in Tyrone that has been blighted by illegal drug use, so much so that the local Parish Priest, Fr David Moore, had to speak out against the plague of drugs following a local man falling critically ill in the village last year.

Fr Moore preached to the youth of the village that, “No matter what happens in life, there is nothing that  cannot be sorted out. Turn to your parents for help and extra support. If the euphoria of drugs is needed as a quick fix, then the problem will still be there when the euphoria is gone.”

Fr Moore said that whilst it was not known who sold the young man the drugs, he “did not go to Cork to get them.” “This is killing Pomeroy,” he added.

On the June 7 2019, Silverbridge Harps in Armagh showed great leadership by hosting a drug awareness evening. The speaker was Theresa Burke, who lost her son Kealan just days after his 22nd birthday when he died from a methadone overdose.

Her message was a powerful one about the realities and the dangers of drug use and how the death of her son ripped her family apart.

She described him as a “big softie” and a “lovely boy” who was at University and was taken from her by a drug addiction she knew nothing about. Theresa has also spoken at Mullaghbawn GAA and St Paul’s Bessbrook, an event that was facilitated by current GAA presidential hopeful Jarlath Burns.

Outside of this local initiative put in place by the GAA clubs, it is difficult to find extensive information on steps taken by the GAA centrally to attempt to address the  plague of drugs amongst its members.

The Alcohol & Substance Abuse Prevention (ASAP) Programme was the GAA’s first foray into more formal health promotion back in 2006, when it entered into a joint venture with the Health Service Executive.

Under the programme, each club was recommended to have one dedicated ASAP office, with the programme to be included in the wider agenda to be delivered within the health and wellbeing structure at a national, provincial, county and club level.

I am not aware of any ASAP officer in place in my own club or any neighbouring clubs, for that matter.

The GAA’s website referred to “extensive resources such as the Club ASAP policy and guidelines, manual, flyers and SAOR (Brief Intervention) training booklets that have been developed.”

Following further research online, the only document that I could locate was a onepage ‘Coaching for Confidence SAOR’ document. Now, all of society’s ills should not rest with the GAA. However, in the face of such an epidemic crisis, a onepage document will not suffice.

On the Gaelic Players Association website, under the banner ‘Welfare’, it recounts in the first two lines of the first page: “GAA and GPA support the latest addition to the Avonmore Milk range.”

“Renault Ireland Announced as Official Car partner of the GAA/GPA and title sponsor of the GAA World Games,” and, “GPA launch ‘Team of Champions’ programme at Boston Business Event.”
Seriously? What planet is the GPA on? Fight or flight may have been a concept first considered in 1932, but there is a real and present danger amongst the youth of today that needs to be addressed head-on in order to protect those that will make up the future of GAA clubs and the Association.

Dark forces are at play within our communities and it is about time we as a people, and the GAA as an organisation, started to face up to reality and put in place protocols, education and initiatives to tackle this crisis before it strikes at the core of who we are as Gaels and what we stand for.

Now is not the time for flight; now is the time to take action, a time for the GAA and GPA to show real leadership where others have failed.

This is not the time to pass the buck: the buck stops with each and every one of us who value our clubs and a way of life based on strong community values and ties.

When I look back, I shouldn’t have take the flight option that morning on the Ormeau Road, and I hope that young man is getting the help he badly needs, but we as a community must stand up and fight back against the scourge of drugs, because the risks of not doing so are simply too high.