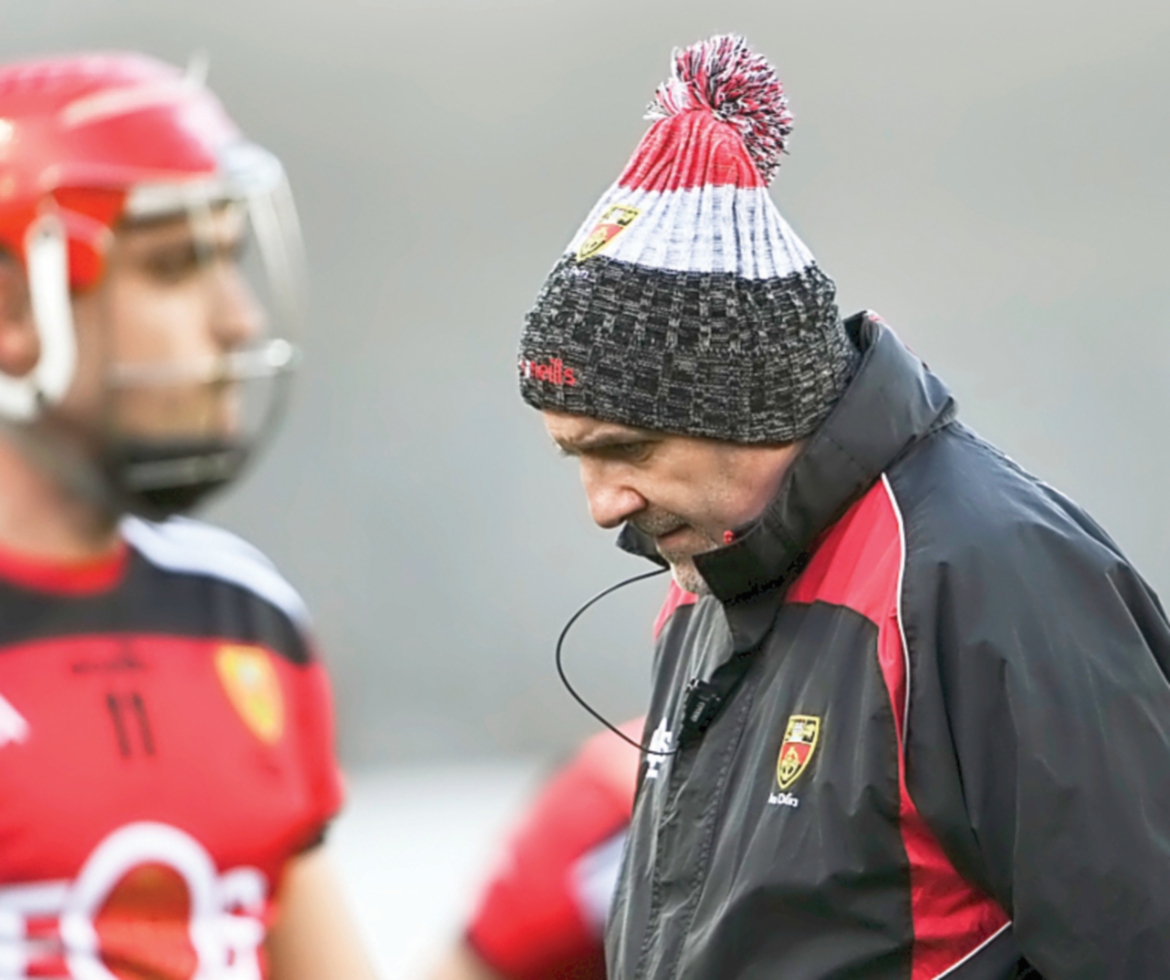 SPEAKING OUT...Down manager Ronan Sheehan alleged that some of his players were abused against Carlow

BERNADETTE Devlin came back into the public consciousness after her captivating interview with Tommy Tiernan in December of last year. The opening gambit from the former Member of Parliament for Mid Ulster was a suitably defiant one: “You thought I was dead?”

During the Battle of the Bogside, the then MP was imprisoned for her participation in the 1969 riot that was one of the first flash points of the Troubles. She went on to say during the interview that: “The infrastructure of the state of Northern Ireland was created in order to ensure the minority of the population who had democratically voted no to being in the British Empire would never peacefully acquire sufficient power to ever again democratically vote themselves out of it.”

When she was asked if she felt that northern Catholics had been let down by “the Southern State” Devlin’s retort was a simple one, “absolutely,” going on to confirm that that failing goes back to partition. When asked about the topic of reunification she said, “the people down here [in the Republic] who are comfortable do not want that conversation to happen.”

Joe Brolly in a recent interview with Virgin TV went further saying that there was an,“orthodoxy in the south, that it was the nationalists in the North that were to blame for what happened, if they had just behaved themselves and not worried about civil rights or not taken to the gun that everything would have been fine.”

Whether you agree with either’s perspective in terms of how the Republic and its citizens see those from the North or how they feel about them, recent incidents in the GAA creates cause for concern.

In two recent articles by a media outlet in Dublin, the differing acuities between how GAA teams North and South of the border are perceived was clear for all to see.

The high-profile site had two contrasting headings to describe the fractious scenes at both the Athletic Ground and in Killarney over the weekend.

Whether you believe the incident was eiter right or wrong is beside the point, the headline that accompanied the Kerry Dublin game read, “Kerry Dublin fighting, A full house in Tralee, A wet Saturday night, We’re Back.” The corresponding headline that accompanied the Armagh Tyrone game stated, “Crazy scenes at the Athletic Grounds. Fan footage of the incident doesn’t look great.”

I don’t think the two headlines themselves count as clear evidence of bias but they are a symptom of a wider mentality of ‘looking down your nose’. I often recall Pat Spillane derision of the successful Tyrone and Armagh teams of the noughties, disregarding their style of play as ‘puke football’ but when Kerry adopted such tactics to beat Donegal in an abysmal All-Ireland final in 2014 there wasn’t a word said.

You might decry these incidents as small beer but what cannot be disregarded and simply brushed under the carpet is the recent reports of alleged sectarian abuse directed at northern teams in games at various levels against southern opposition.

At the beginning of last month, during a big All-Ireland club game, members from one team from the South were alleged to have directed sectarian abuse at members of a Northern side throughout.

I have since spoken to a number of that team who alleged that they had been called “Black b*****ds” and “British c**ts”. Notwithstanding the issue being raised, no steps had been taken against the side.

Even last weekend, members of the Down senior hurling team were allegedly abused by the travelling Carlow team.

Ronan Sheehan after last weekend’s match with Carlow highlighted, “I was chatting to a few of the boys, and they were referencing what had been said to them, and the fact they had taken sustained commentary…slurs” He went on to say that, “People might say, “It’s only a wind-up.”. But in my dressing room, I have a number of players from mixed marriages. So, we are a team that has all religions involved.”

“When they make those comments, they might make them as throw-away comments. But they are hurtful to some of the players involved because of their family background.”

Carlow GAA responded by issuing a statement saying, “Carlow GAA are committed to upholding the principles of anti-sectarianism and anti-racism. All related/allegations are investigated and action taken as appropriate.”

The GAA rule book states that sectarian abuse is a red card offence, which may carry a two-game ban, but you can mark my words nothing will come of it.

Now by way of contrast, if what was being alleged by the Down hurlers was racist or anti-sematic in nature, do you think action would have been taken? There would have been a huge uproar and rightly so, so I ask the question: what is so different about sectarian abuse?

I have had my own personal experiences of sectarian abuse during my playing days, most notably in a relatively recent All-Ireland Club semi-final, where I along with my teammates were derided as “British B*****ds”.

Last year 3000 players and supporters of Antrim GAA signed a letter sent to Taoiseach Michaël Martin calling on the Irish Government to “take the lead” in plans for an “agreed shared Ireland.” The campaign was spearheaded by former Antrim senior footballer Paddy Cunningham and former camogie All-Star and All-Ireland winner Jane Adams.

Not being an Antrim GAA member, I didn’t sign the letter, nor had I any interest in signing it.

The letter called for the Irish Government, “to ensure that the democratic rights of all citizens are respected and protected, regardless of where they live on the Island.”

If we are to believe the Gaels of Down and take on board the utterances of Bernadette Devlin, maybe it’s time the GAA did something about the level of sectarian abuse and then maybe in the first instance we can work towards an Association which is equal before we even start talking about an island of equals.