Advertisement
HomeColumnistsJoe BrollyJOE BROLLY: Armagh for Sam and Kilcoo for the other one
Advertisement 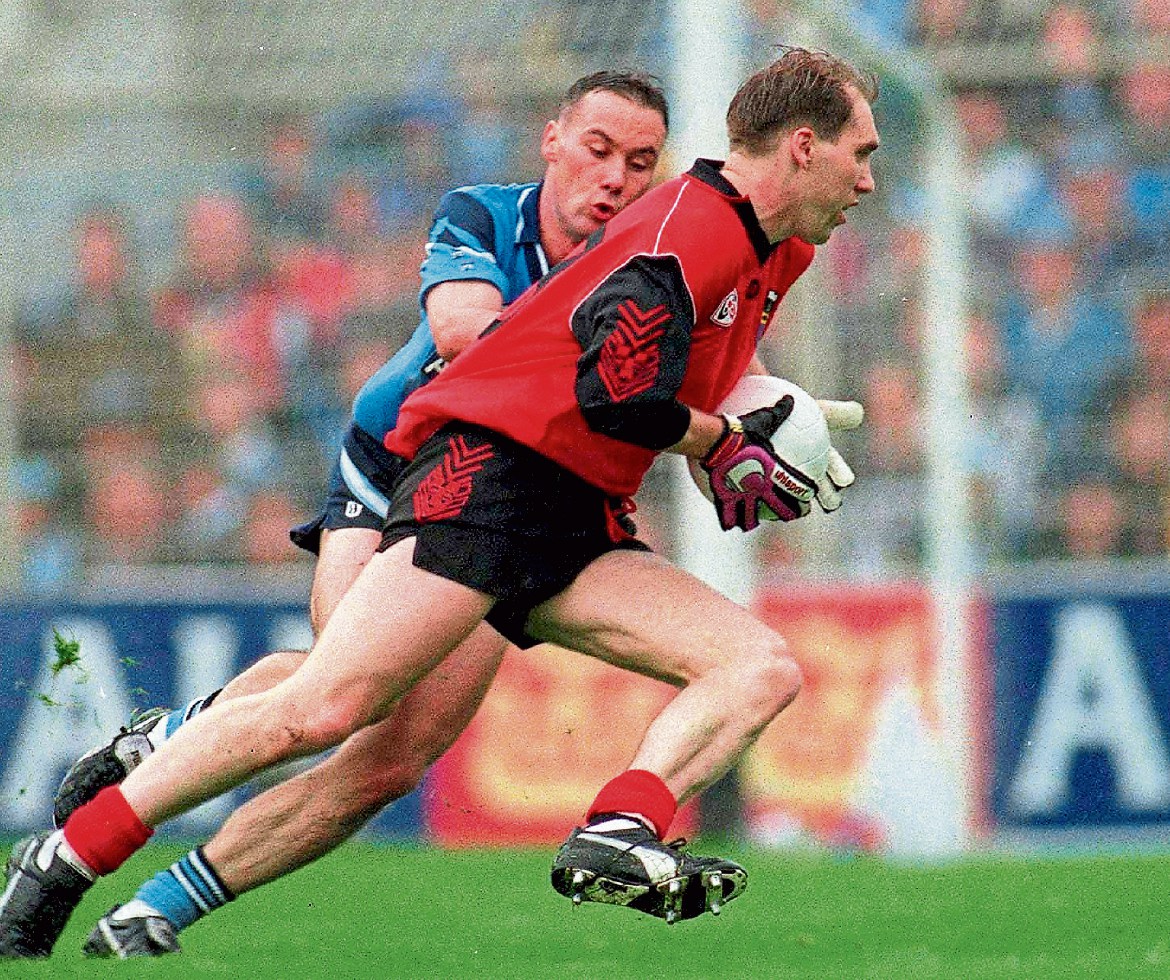 ARMAGH for Sam. Meanwhile, Dessie Farrell is looking out of his depth. Dublin’s abysmal effort in the semi-final last year isn’t a one off.

A great team has a fragile ecosystem. Jim Gavin is an extraordinary character, a perfectionist and a leader who could comfortably handle the hundreds of things required to create and maintain a great team. The players had become used to this excellence and for them, it was as comfortable as old boots. When Dessie took over, it was like the new stepdad being introduced to the children by the divorcee. He’s a dad, but he’ll never be their real dad, and things can never be the same.

Before the Armagh game, I watched the Kilcoo match in the Dungiven clubhouse. The club was hosting a reunion of the Down and Derry All-Ireland winning teams starting at 2pm, with a bus chartered to bring us out to the Derry Down league game for six. A bleary-eyed looking Cathal Kelly was at the bar when I arrived. “Are you here long?” I said. “Since Tuesday.” “Did you ever consider Dry January” I said to him. “Brolly, the last dry January I had was 1981.”

Kieran McKeever, the club chairman, announced there was a free bar. The talk turned to the day he knocked out Donegal’s Tommy Ryan.

Fergal McCusker said, “Best slap I ever saw, and well deserved.” McKeever said, “In fairness, it was very decent of him not to get back up.”

McKeever was sitting beside Mickey Linden and even after all these years, Linden was wary. The decision not to put McKeever on Linden in 1994 cost us an All-Ireland and as the day wore on, McKeever looked as though he might want to make up for that, given half a chance.

With three hours to go before the throw in, Fintan O’Toole got a bad touch for his article in the Irish Times last week saying he would never vote Sinn Fein. “What sort of a bollocks is he Brolly?”

“He never had to avoid an angry B special with a baton” I said. Which got a big laugh. Eoin Larkin had sent one of his signed hurls to the club, and McKeever brought me out to see it, framed and magnificent.

The word had gone round the town that the two teams were in the club, so in no time the place was packed. Greg Blaney. Mickey Linden. Ross Carr. Enda Gormley. Gary Coleman. Kieran McKeever. Footballers. Real footballers. In an era when the game was about glory.

An era before sweepers and blanket defences. An era where the crowd couldn’t chat their way through the game like the audience at a cricket match.

The club was so thronged it was impossible to hear the telly. The lads were amused at me writing my piece as the stout flowed.

The ‘Barrs, big and powerful and eager, survived until the end of normal time, courtesy of a ridiculous bit of indiscipline on the part of #OneOfTheBranagans. As Liam Hinphey senior said, “You can take the man out of Kilcoo, but not Kilcoo out of the man.” As a result, an easy free in for Kilcoo to win the game was converted to a throw up and it was extra time. Or rather, Kilcoo time.

Greg Blaney said, “Nothing to see here” and of course he was right. DJ pronounced the game “over”. He then rang Down senior manager James McCartan and asked him “Can you put that game back an hour to seven o’clock Wee James, there is a free bar here.”

Marty McGuigan, my mentor on Andy Murphy’s building sites, said “Joe, you were the least suited person to manual labour I ever met. My genius was that I was able to find a job for you.”

The ball was thrown in for extra time, one of the Branagans won it and Kilcoo ran the legs off the Barrs for the remainder, swallowed up their attackers whole and won another joyless victory on their way to an inevitable All-Ireland.

The final scoreline was 1-18 to 1-13. Afterwards, the Man of the Match award went to one of the Branagans.