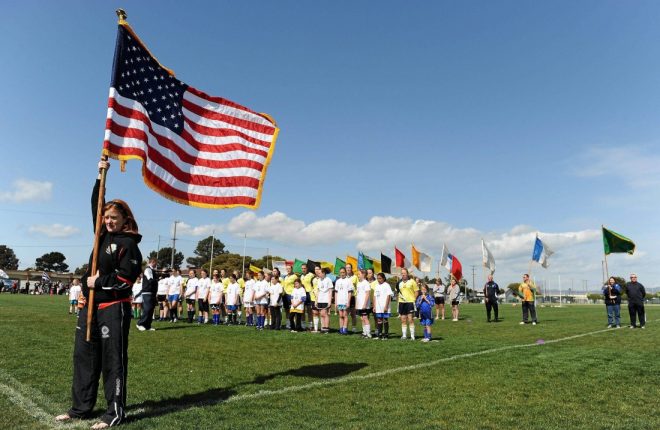 A decision by an American Football player to kneel during the singing of their national anthem as a protest against the country’s treatment of black people has led John Hughes to question our own Anthem.

The singing of the Amhran na bhFiann before matches is a long-held tradition in the GAA, but Hughes believes that it has a different resonance than other sports.

“One of the many beautiful things about the GAA is that external validation and pondering its own worth is not something that registers too strongly on the Croke Park radar. In that respect, it is an invaluable counterweight to some of the more snivelling aspects of our national character.

“But that isn’t to say that some of our long established and cherished practices aren’t above question or examination.

“The GAA embraced, nurtured and encouraged our national games at time when embracing them was neither fashionable or profitable. Later the tricolour, Amhrán na bhFiann, the names of our clubs also became totems of the GAA’s reading of our national identity.”

Hughes goes on to debate the links between sports, politics and identity.

Read the full column in the current issue of Gaelic Life, or if you want to read it now, click here to buy the online edition.