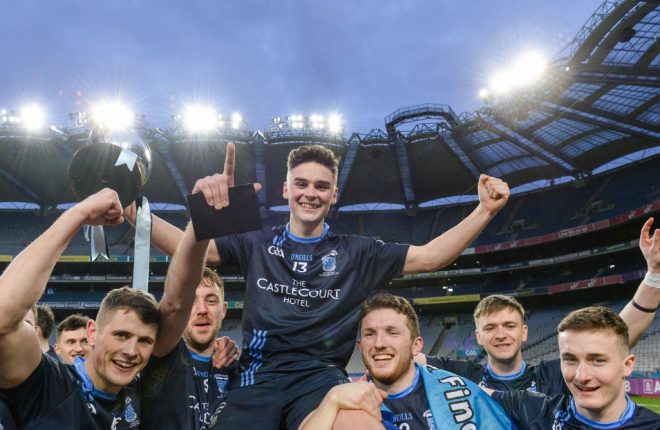 Clubs can be successful in their fundraising efforts by using Klubfunder

OVER £500,000 has now been raised by grassroots clubs through KlubFunder.com’s free online services!

There are approximately 69 million people in the UK and Ireland, of those 69 million, almost 61 million shop online.

The shift in how people interact, communicate and shop is clear, which is why it’s no surprise that so many clubs and schools are already taking advantage of this trend and bringing their core fundraising activities online.

From St Eunan’s Letterkenny to Bredagh GAC to Errigal Ciaran to St Joseph’s Boy’s school, there are clubs of all codes, schools and governing bodies taking advantage of KlubFunder’s free online services. The £500k milestone has been achieved well ahead of schedule, a testament to the hard work done by the volunteers in all of these organisations.

By collecting payments online, clubs and schools are not only exposing their fundraising to a larger audience but are greatly reducing the amount of time spent on administration and chasing money. This, in turn, allows volunteers who are giving up their time to focus on driving the fundraising efforts instead of being bogged down in paperwork.

The online facility makes contributing to fundraising efforts much easier for those wishing to support the club. Anyone, anywhere with an internet connection can support the club from the comfort of home.

Whether it is member registration, draw tickets, event tickets, fundraising games or merchandise, those wishing to make a purchase can do so whether they are living down the road or across the world.

Over 500 clubs have now registered with KlubFunder. com, these range from grassroots football clubs to GAA clubs to governing bodies and schools.
One thing they all have in common is that they need to raise money, save time and reduce administration, KlubFunder allows them to do it all – FOR FREE!